It will tell you something about my family that today was the first time all four of us have gone out together since Thanksgiving 2012.

It will tell you even more about us when I say this was no pleasure cruise.  We went out so all four of us could get our flu shots.  Yes, it’s a bit late, but it’s done. 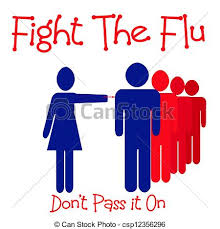 Right now two of our R.N.s are down with whatever exact malady they each have.  My sister is about to leave the house for a few days.  It’s Finals Week, which means Michael and John both get out at noon.

My schedule is about to get blown to pieces and there will be very few people here to help me sweep them up again.

So there we were at Walgreen’s, negotiating the insurance coverage, filling out the paperwork, and being stared at by all the “normal” people.  We were a strange sight, as we usually are.  Michael was in his wheelchair.  His nurse was keeping him entertained.  John kept trying to wander off because he was bored and wanted to look around.  Chris filled in the paperwork, something he should have let me do since I’m the one who does it every year before school starts.  And there I was, listening to the sugary pop playing over the P.A. system and telling Michael’s nurse the pharmacy should have had a disco ball.  At the very least, the floor should have been lighting up.  Of course, that’s a bad idea if any of their patients might be prone to photic seizures.

I don’t like needles.  I’m not that fond of sewing and I loathe blood tests.  Lucky for this pharmacist, he was good at giving injections.  We had our very own R.N. with us.  That’s what I call a serious backup plan.  Fortunately all went well.  Only now has my arm started to ache to the point where I took some pain pills.  John is fine, Michael hasn’t complained, and Chris has been replacing a toilet today so mere muscular pain is not going to be his top priority.

After getting the shots, we hiked over to the local ice cream parlor.  Ice cream does make everything better, don’t you agree?  Chris and I took turns feeding Michael tastes of mint chocolate chip and dark chocolate ice cream.  It was a lovely sunny day, unseasonably warm.  Too bad this glorious weather spells drought conditions.  When the ice cream was gone we hiked back to the van, loaded up, and came home again.

It would be nice to go on a picnic, or to the beach, or some other happy, festive, non-medical occasion.  Sigh.  Maybe next time.

6 responses to “A Family Outing”