I just read this article.  Makes a whole lot of sense.  I think it’s time for me to really commit to giving up my primary addiction.

Career Day at the Hospital

So I promised to tell you some of the funny things that happened at the hospital once word got round about me writing novels for a living. Michael spent six weeks in the ICU.  That meant I was there, day and and day out, so the staff got to know me and I got to know some of them.  One of the Fellows had a great sense of humor and a wonderful laugh.  He was teasing me one day.  I gave him That Look over the top of my glasses and said, “Keep it up.  I’ll put you in a book.” 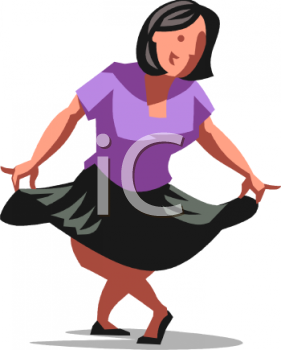 The ICU Social Worker saw me sitting in the cafeteria at lunch one day.  She bustled over with a big smile and said, “I’ve been talking about you!”  This statement is pretty much guaranteed to activate my fight-or-flight response.  She went on to say, “I was telling someone about your book.  You’re my first writer!”  She meant I’m the first parent she’s met who writes for a living.  It was really sweet of her to be so excited about that.

The classic no-no for writing hopefuls is to walk up to an established writer and say, “Will you read my manuscript?”  Sure enough, this happened to me.  What surprised me was the person asking.  Not a parent, not one of the nurses, but a doctor!  The one thing I had a lot of at the hospital was time. I was always waiting for this or that test to be done, and then for the results to come back.  So I read the doctor’s manuscript.  Late one night we sat there beside Michael’s bed and discussed what needed fixing while the doctor’s team of residents came and went with their questions about other patients.  That had to be one of the stranger critique sessions I’ve experienced.

The nurses started to ask me about whether or not I had a pen name, and why writers need those.  So I explained how I came up with Elaine LeClaire.  They’d write down that name and the title, Ship of Dreams.  I’m used to that happening when people find out I write, so I didn’t pay much attention to it.  Then I noticed an improvement in the online sales of the ebook version.  And then one morning I was leaving the Family House, a residence created for parents of patients rather like a Ronald McDonald house, when one of the ladies at the desk plopped a paperback copy of Ship of Dreams on the counter and asked me to sign it.  Well!  That was a nice way to start my day!

Staying in the hospital with Michael took a toll on my writing for several reasons, mostly due to fatigue and paralyzing anxiety.  Unfortunately, I had to cancel my plans to attend Sasquan, the World Science Fiction Convention is Spokane, WA.  The funny thing is, all things considered, I might have done more actual business in terms of sales thanks to the hospital staff taking such an interest in my work!

During one of Michael’s respiratory treatments, the respiratory therapist (RT) asked me what advice I’d give to someone trying to write.  I asked her if she meant fiction or nonfiction.  Turns out she’d gone back to school and was having trouble writing essays and analytical papers.  She’s one of those people who either likes something or doesn’t like it.  If you press her for details about why, she claims she wouldn’t know how to construct a detailed answer.  So we talked about how to use the five journalistic questions to break down her opinions so she could translate them into arguments either for or against the subject of the essay or the paper.  Once she got the hang of creative nitpicking, she was really relieved.  Now here’s the punchline.  She said to me, “I wish I had your mind!”  I started laughing and told her she did not want my mind.  Skills, sure.  Education, maybe.  But not my mind.

With great pleasure I announce to you the relaunch of my pirate romance, Ship of Dreams!  The new cover and fresh interior design come from the multi-talented Bridget McKenna of Zone 1 Design.  If you’d like more information on the details of Bridget’s redesign, please go here.

If you love tall ships, tropical ports, a sassy heroine and a hero worth fighting for, you’ll find all that and more once you come aboard the Ship of Dreams!

by Lillian Csernica on September 4, 2015

Yes, it’s true.  We were discharged on Monday.  Michael is looking good.  He needs to gain back the weight he lost in the hospital, and he tires easily, but he’s in good spirits and that big grin is back.  We’ve had to replace his ketogenic diet with a formula that’s easier on his kidneys.  The nephrologist would like us to wait six months for full recovery before putting Michael back on the ketogenic diet.  He’s now on one additional anti-seizure medication which seems to be working.  He’s had a few very brief seizures, but nothing beyond the frequency and intensity he was experiencing before he went to the hospital.

I’m not good for much this week.  I’ve been reading and sleeping and binge-watching the first season of “Grimm.”  I’ve seen the occasional random episode of the show, but I’d never gotten the whole story.

Chris hired a new nurse.  We need her, because we won’t be sending Michael back to school for at least two weeks.  It’s always a little strange having somebody new in the house.  On her first day, which was also our first day at home,  the upstairs shower decided to just keep running no matter how I turned the faucets, even with pliers.  I thought I was going to have to start bailing out the bath tub through the window, but Chris managed to get a plumber to the house within ten minutes of me calling about the potential disaster.

Never a dull moment.  I think I might have that engraved on my headstone.

School is in, the neighbors are behaving themselves, and the cats are very happy to see me.  Every night there’s a competition to see who gets to sit on my lap as I lounge on the couch watching Netflix or Amazon or Hulu.  Now that I’m back, all is right in the feline universe.

I have two ten-page stories due by the end of October, then NaNoWriMo starts.  I worked on two or three new short stories while I was in the hospital.  I took a few big blank notebooks with me.  If I wasn’t writing in my personal journal, I was making notes or writing some piece of fiction.  I’ll have to devote a post to what happened as the hospital staff got to know me and word spread about me being a “real writer.”  Even in this digital age, some people still have what borders on superstitious awe toward those of us who can make the words keep coming.

It’s good to be home. 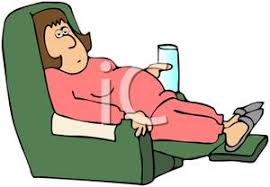