See Me Live and In Person!

Come one, come all!  See me make a public spectacle of myself in the best sense as I talk about writing and history.  I’ll be demonstrating the making of Victorian yarn dolls!  Looking forward to seeing you there!

Many monastic traditions stress the importance of silence and solitude. Leaving behind all the material comforts of Earth for the “final frontier” of dwelling in a monastic community or as a hermit in space would take on additional significance and spiritual impact. Christianity, Buddhism, Hinduism and Jainism all have monastic traditions. The First Nation Peoples the traditions of solitude, fasting, and appealing to the spirits to grant a vision of that person’s purpose in life. The mission into space could be a vision quest, or the result of it!

The Space To Move Forward

So You’re Ready to Publish

Do you Self-Publish or Traditiional Publish? Get an agent or try to go it alone?

Clockwork Alchemy: The Arts of Steampunk
The Undiscovered Countries

The 3 Rules of Writing Historic Fiction

Bali … it’s one of those take-your-breath-away destinations. You ask yourself,

Where has this place been all of my life?

How I Made Death A Laughing Matter

My dear friend and colleague Sarah Zama over at The Old Shelter has been kind enough to include my ghost story “The Family Spirit” in her Thursday Quotables. 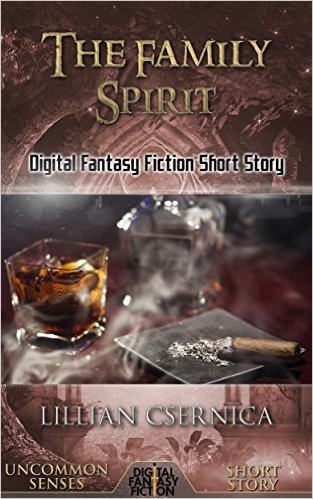 Go to the story

So, How Was Your Day?

My day began at 4:15 a.m. when Michael had a serious coughing fit.  Fortunately, I’d fallen asleep on the couch again, so I could dash through the kitchen to his room.  I spent the rest of the night on the couch in his room, getting up every time he had another coughing fit or I didn’t like the way his breathing sounded.

He had no fever and his blood oxygen level was OK, so I sent him to school

Took a nap.  Did my laundry.  Tried to get more writing done.  Failed miserably.

Picked John up from school.  The usual traffic chaos ensued.  I’m not sure which I want more, an air horn or a laser cannon.

Drove to the tire repair center so I could get the new right rear tire put on in place of the spare.  Yesterday I got my first flat tire.  That was not a pleasant experience.  Had to call Chris for help.  It being Sunday, no garages were open.

The tire hadn’t come it yet.  It would arrive within the hour.

So John and I sat in the Burger King across the parking lot.  He did his homework and I cut more text out of the synopsis for Sword Master, Flower Maiden.

The Tire People called me, put my tire on, and I took John home.

Michael was not doing well.  The coughing situation continued at school.  My sister was on duty with Michael this afternoon.

I happened to go next door to talk to my neighbors, the ones on the left side, not the ones on the right who have the child I refer to as the Cute Little Hellspawn.  The man makes guitars and has forgotten more than I’ll ever learn about all the different parts and the amplifiers and speakers and all the other equipment that goes with playing guitar.  I spent most of an hour there listening to him talk about his guitars and play a few for me.

So of course, when I went back home, all hell was breaking loose because nobody knew I was next door.  My fault.  I should have said something before I left.

We were out of Benadryl.  I had to drive to the store and buy some.  So I did.

I get home, and my sister had called one of our R.N.s, who said Michael would do better to take Tussin than Benadryl.  Did we have Tussin?  Sure, two doses worth.

So I drove back to the store.  Mind you, it was after seven p.m. and I hadn’t even managed to eat dinner yet.  I was tired, grumpy, and my vision seemed a bit blurred.

That’s when I realized I’d left the house wearing my computer glasses.

At the drugstore, there was a Perfect Storm of a new, inexperienced checker at the register, the customer ahead of me had a ton of items, and the debit card reader was acting up again.

I am home now.  I have a pile of manuscripts to read.  I have a synopsis to edit.  I have laundry to fold and put away.  And then there is the list of things I still have to do to get ready for BayCon and Clockwork Alchemy.

So tell me, how was your day? 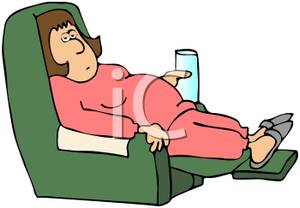 Why Permission Slips are Still Essential

Once again, my sons’ high school administration has made me furious.

Earlier this week John came home with a full color brochure full of quotations from famous people and some really disturbing photos.  The subject?  The cruel and brutal treatment of farm animals and how they are killed and processed for our food.

There was a video.  Plenty of gross, heart-wrenching detail.

Whoever was behind this went for the hat trick by providing a speaker who hammered the message home even further.

John was really upset.  I sent an email to his teacher/caseworker expressing my outrage over having not been allowed any kind of parental review of such disturbing material. I asked very clearly to know who had approved this material for the class.

As usual, she didn’t know a thing about it and said she’d look into it.  The next day I got an email from her saying she’d spoken to the Health class teacher who told her some other students had also been upset by the subject matter.  Really?  Gosh, who could have seen that coming?

Nobody answered my question about  who approved the material in the first place.

I have followed procedure by contacting John’s teacher/caseworker.  I’m in the process of making an appointment to talk to the principal.  I don’t expect much.  The school year is almost over and the administration will probably just make the usual soothing noises and promises of doing better next year.

I will have a name, and if I don’t get one, I’m going to keep going up the chain of command until somebody takes responsibility for this.

Around the World (A to Z Blog Challenge Wrap-Up)

I had a marvelous time participating in this year’s A to Z Blog Challenge.  My technical skills as a blogger have improved, so I could add a greater variety of media to my posts.  My theme was Travel.  I didn’t want this to be just another travel advice blog, especially when there are so many out there who have traveled farther and know so much more than I do.

So I fell back on what I do best: laughing at myself.  I have been a lot of places and seen a lot of things.  It’s been my privilege to meet some wonderful people, generous, compassionate, and hospitable.  There’s a whole lot of the world left to see.  That means there are many more people I’ll be meeting, and many more stories waiting to be lived!

This year I really did challenge myself to pick words for each letter that would catch the reader’s eye.  Then I had to come up with aspects of my travels that suited the word I’d chosen.  I think I was most successful with “M is for Money.”  Looking more closely at the trips I’ve taken across the U.S. helped me relive those memories of my father with the perspective I now have as an adult.  I may well collect the posts from this year’s challenge and develop them more fully into an actual memoir.

Many thanks to all the folks who stopped by to take a look here, clicked “Like,” and maybe even left a comment.  It’s been a great pleasure to meet you and find out how you chose to post from A to Z.  Thank you to all of the A to Z Blog Challenge staffers who do so much to make this possible.  It’s a marvelous event, the product of what is clearly a lot of hard work.

My Travels in the Middle East and Beyond

Onomastics Outside the Box 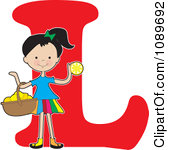 Ongoing Friends from Last Year and Beyond:

Diary of a Dublin Housewife 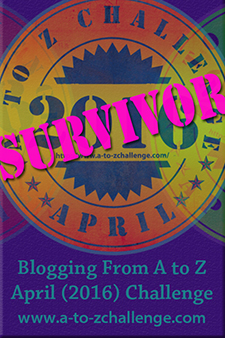 Christ is Risen!  Indeed He is Risen!

The Icon of the Resurrection 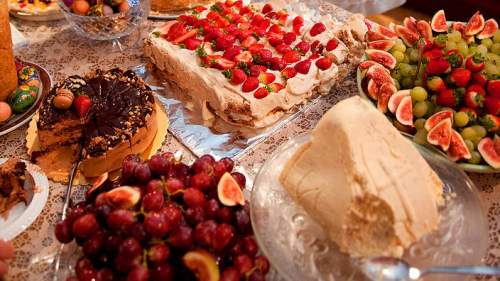 The white pyramid is pascha, a traditional dessert that makes cheesecake look like nothing!

Kulich, an egg bread, baked in coffee cans to get that cylindrical shape.

Pysanky eggs, mainly for Easter but also given at Christmastime.