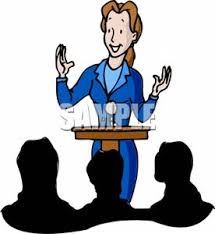 The smartest thing I ever did in high school was joining the Speech and Debate Team.  I talk a lot anyway, always have, so it made sense to harness a natural skill and train it so I could apply my speaking skills in the most useful ways possible.  Besides, I like trophies.  Wave one of those in front of me and it’s a powerful motivator.

Writers use their verbal skills on paper.  Sure, we talk to each other, brainstorming and talking shop in the coffeehouse or via Skype or on our cells.  Many of us prefer the wonders of technology as a buffer between us and other people, even our friends.  Face to face encounters can be a real strain.  Why?  Speaking for myself, I can’t handle more than a certain level of noise pollution.  There are restaurants I avoid not because the food isn’t good but because the interior design makes the acoustics painful.  Also, there are some people I know whom I enjoy a great deal, but I can be in their physical presence for only a limited time.  Some people just wear me out.  As extroverted as I am, when I’ve hit my limit, I go into my office and shut the door and hole up in my private sanctuary.  I’m sure you can relate.

In our brave new world of e-books and G+ hangouts and podcasts and other means of transmitting interviews, writers don’t have to stand up in front of live audiences to do their self-promotion.  That’s fine, but it’s also very limiting.  If you’re successful and you build a following, sooner or later you’re going to have to leave your sanctuary, get out there and do a local author reading at the library, a book signing, maybe even a book tour.  Since I work mainly in fantasy and romance, I have the advantage of attending SF/F cons.  I haven’t been to any Romance Writers of America gatherings yet, but that’s been a problem with logistics, not motivation.

When you meet your public, you will be doing public speaking.  Even if you’re just sitting in the conference room at the library, or behind a table in a bookstore, you’re still “onstage,” so to speak.  Being on panel discussions at conventions calls for public speaking skills in the truest sense.  Yes, I know this terrifies some people.  Studies have shown that many people fear public speaking more than they fear going to the dentist or even death itself.  When I started out on the Speech Team as a sophomore in high school, I was quite nervous.  I had a good coach, I knew my topics, and believe me, I practiced for hours.  Still, the fight or flight response pumped me full of adrenalin.  So I do understand.

Now I’m going to indulge in some naked bragging here.  During my senior year on the Speech Team, I won fifteen trophies, ten of which were First Place.  I went on to participate on the Speech and Debate Team at my local junior college.  By the end of my second year there, I’d won three gold medals at the state level, and two gold, one silver, and one bronze at the national level.  I retired Number One in California and Number Five in the entire U.S.

Why am I telling you this?  Because public speaking is your friend.  Once you get over the initial anxiety and learn the secrets, you can actually have a good time at it.  Don’t take my word for it.  I happened across an article that inspired me to write this post:

I have a good time at conventions for several reasons, but one of the most important is that I really enjoy being on panel discussions and swapping ideas with other writers.  The audiences are made up of highly intelligent, widely read, and often opinionated fans who are a pleasure to meet and who have a lot to contribute.  I’m often the moderator on panels because I’m comfortable with the role and I can direct the discussion so every panelist gets his or her share of speaking time.  More than once this has taken the load off the assigned moderator who really did not want the job.  That person might have been more of an expert on the panel topic, but the fear of public speaking made that person want to hang back. Understandable, but self-defeating.  For writers, conventions and other public appearances are all about self-promotion.  You want to project confidence in yourself and your work. 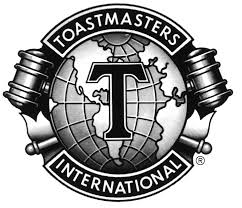 One really good way to get some experience with public speaking is to join your local chapter of Toastmasters.  They have an excellent training program and they’re all about being supportive of the people who want to learn what they have to teach.