L is for Lost

No collection of travel stories would be complete without tales of the times I’ve gotten lost.

On my first trip cross country to Toledo, Ohio with my father, I remember how we got lost with in Missouri on a dark and stormy night.  Even at age ten  I’d watched way too many horror movies.  I hadn’t seen “Psycho,” but I was pretty much on the lookout for the Bates Motel.  Just when Daddy was about to turn around and try again, we spotted red and blue lights ahead.  I think Daddy would have been happy to see a policeman at that point, just so we could get some solid directions.  The lights were the flickering letters on a hotel sign.  Never have I been so glad to see neon!

When I was still in high school, my mother drove me up to Pasadena, CA so I could visit a friend at CalTech.  The important part of the story comes at the end, when we began the drive home.  At one point we had to change freeways.  I still don’t understand how Mom could miss the same off ramp three times in a row.  Seriously.  Three separate tries, three separate misses, even with me navigating.  I have to chalk it up to the lateness of the hour.  We got lost in the Chinatown area.  It was so late at night that nobody was around other than two Chinese men out behind a restaurant’s kitchen door.  I’ve never been able to speak much Cantonese, so I couldn’t ask them for directions.  Sheer dumb luck got Mom back on the right road to the freeway and headed home again!

One night while I was staying in the Netherlands, I missed the last train home from the disco because I was busy dancing with a gorgeous Dutch soldier named Andre.  He’d just turned eighteen and came home on leave for a few days. He asked me to dance, which is one reason Phil Collins‘ “Against All Odds” will always be one of my favorite songs.

When we realized the time, my host sisters and our friends had already left the disco.  Andre and I ran through the streets to the train station.  It was locked up for the night.  My luck was golden that night because Andre had a friend with a car. This was very uncommon at the time.  Andre and his friend were willing to give me a ride.  (I know, this sounds insane, right?  Every mother’s worst nightmare.) Fortunately, I’m good at remember landmarks.  That’s how I got us all the way from the disco in one town, along the highway through the dark and to my host family’s front door.  The girls were all sitting up waiting, expecting me to walk all the way home.  I think they were miffed to know I actually got a ride!

On yet another of our convention adventures, Pat and I drove down to San Diego, CA for ConDor.  This really wonderful con is held at the Town & Country Resort and Convention Center. This place is huge, as you can see from the map.  It is located on a road referred to as the “hotel circle.”  We arrived late on Thursday night and did our best to figure out where on earth the street numbers were posted.  We went around the circle three times!  I tell you, we were both ready to scream.  We could see the lovely white buildings, we just couldn’t get to them!  We did eventually succeed.  This was a very special trip for me, because San Diego is the city where I was born. 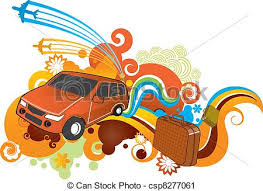 Hi there!  I just got back from a total of five days away from home.  Much to my delight, I had the pleasure of being one of the pro guests at Conjecture/ConChord.  Many thanks to Allison Lonsdale who took on not just Programming but Publicity and Publications as well.  She did a marvelous job.

Let’s talk about conventions.  Networking online is very important in the Digital Age, but there’s still nothing better for cementing relationships (business or personal) than just hanging out together shooting the breeze.  My sister-in-law gave me a t-shirt that reads “I’m raising a child with Autism.  What’s your superpower?”  I wore this t-shirt on Saturday with the specific intention of letting other people know that autism is part of my life and I’m willing to talk about it.  Among folks in sf/f fandom there are people on the spectrum, Aspies in particular.  Sure enough, I got into at least three different conversations with people.  The great thing about wearing the t-shirt was the way it helped us all hop over all the complicated social interaction involved in meeting people for the first time.  Granted, cons tend to encourage a less formal atmosphere, but it’s still not easy to start talking about being on the spectrum or having children who are on there somewhere.

Please go visit Lesson Plan For Life: How a Man on the Spectrum Learns to Live.  The young man who writes this blog is lively and dynamic and determined.

The business aspect of conventions is important too.  Shameless self-promotion is even more important today than it was when I started going to cons back in ’93.  There’s so much competition, there are so many blogs and websites and e-zines.  You have got to get yourself out there, shake some hands, pass out bookmarks or magnets or whatever freebies work for you, and establish yourself as a person behind your name, behind your “brand.”  I was happy to have copies of Mystic Signals and Midnight Movie Creature Feature 2 with me.  Nothing proves you’re a pro like having publications in front of you.  Here’s a tip:  if your work appears in electronic format, get a good cover image, make a color copy, and laminate it.  Now you have something you can carry around to con after con.  It’s even more valuable if your name appears on the cover!

Meeting other writers at cons can begin the daisy chain that leads you to an opportunity, be it a market or an editor or an agent.  The wider your network of contacts, the likelier you are to hear about such an opportunity in time to act on it.  I really hate hearing about a great anthology only to find out the window of opportunity will close before I can get a story ready for submission.  The more people who know you personally and whom you know, the stronger the connection and the likelier you are to think of each other when these opportunities arise.

Let’s not overlook the Fun Factor.  Writing is a hard, lonely, often frustrating business.  Nobody understands writers like other writers. Howard Tayler, creator of Schlock Mercenary, was the Artist GoH.  My husband is a long-time reader, so I seized the opportunity to get Chris a sketch card and one of the Tagon’s Toughs coins.   On Sunday afternoon as Conjecture/ConChord was winding down, I found myself on the patio outside the Con suite, eating too much Halloween candy and chatting away with some new friends I’d made.  Who should come out and join the group but Larry Niven himself?  Yow!  We had some fun talking about the time I met Dr. Jerry Pournelle.  Earlier in the day My partner in crime Pat MacEwen and I crossed paths with GoH Esther Friesner in the Dealers’ Room.  Esther and I share an interest in Japan, so she was telling me about her adventures in Tokyo.  If it sounds like I’m name dropping, I am and I’m not.  Conventions create the circumstances that allow you to hang out with your idols, whether or not you’re also a professional writer.  If that isn’t Fun, I don’t know what is. 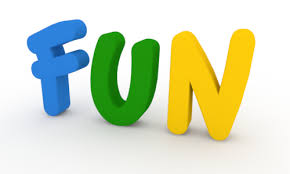 The Stress Meter Blew Up 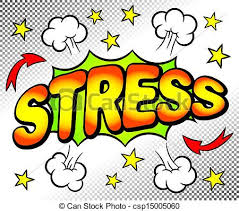 Yes, that’s right, the Stress Meter blew up yesterday and I’m still picking pieces of shrapnel out of my psyche.

John is having trouble adjusting to the amount of homework high school is piling on him.  This has been resulting in discipline problems, noncompliant behavior, shouting matches, and punishments (loss of privileges).

Michael is having more seizures more frequently.  Last weekend he had a tonic clonic seizure, which is the worst one short of staticus epilepticus.  He’s tired all the time, his cognitive functioning is down, and he’s getting combative more often.

John’s aides are having problems keeping organized regarding his homework, projects, etc.  His school aide does not communicate with us very well.

I’m starting to have anxiety attacks again.  So far it’s been one a day, but if matters don’t lighten up around here, I may have to speak to the doctor about my medication.

Last but far from least, I had to fire one of Michael’s three nurses.  Understand that given the nursing shortage, we’re going to have a hell of a time replacing her, so I did not fire this woman on a whim.  Truth be told, my husband never should have hired her in the first place.  I trusted his judgment when I should have gone over the woman’s resume with a microscope.  I’m so happy she’s gone.  That lightens my load right there.  When the two other nurses start coming to me with their concerns about the third one, that’s a serious warning that must be taken seriously.  So she’s gone.  Hallelujah.

Did I mention my workload?  I’ve got the novel edit, I’ve got my first ebook project to edit, I’m waiting on the second half of the book doctor job I’m doing, and I just finished reviewing eighteen short stories in one issue of a major spec fic ‘zine.  Still waiting are a novella and four short stories in a brand new ‘zine.  Then there’s the little matter of all the short stories I’d like to complete, the new ones I’d like to write, and the ones that are out to market coming in and out.

I lost two sales due to the markets closing their doors.  That really sucked.  The editors were sorry, I was sorry, everybody was sorry.

This coming weekend I’m blowing this popsicle stand and heading south for San Diego.  The folks at Conjecture/ConChord have been kind enough to invite me to be a pro guest.  I’m taking along the Halloween party gear with plans to whoop it up.  While I’m gone, everything here is Somebody Else’s Problem.