“Okay” is NOT Okay

by Lillian Csernica on September 8, 2014

I love accents.  Colin O’Donoghue, Captain Hook from “Once Upon A Time,” uses an English accent for his character.  O’Donoghue himself hails from Ireland, and speaks with that lilt to his own voice.  I’ve heard Gerard Butler speak with an American accent, as well as with his native Scots rhythms.  John Malkovich can do a perfect French accent.  Nothing is beyond the talents of Geoffrey Rush.

Few things will grind my gears like hearing a character in an historical movie or TV show say the word “Okay.”

Wikipedia will tell you quite a bit about the origins of the word “okay.”  That’s nice.  The word has many uses.  However,  given that the first recorded usage was in 1839, it has no place at all in any work of fiction prior to the 19th Century.  One of the best lessons I learned at the Northern Renaissance Faire workshops was the importance of never saying “Okay.”  It sounds modern.  It sounds informal.  It ruins the atmosphere and the ambiance and the characterization.  Two syllables.  That’s all it takes.  Poof!  All that hard work lost.

(While I’m at it, I might as well go ahead and complain about the word “parents” in historical novels.  For most of history, you’ve got Mommy and Daddy, Mother and Father, according to country of origin and the particular dialects thereof.  A Highlander is not going to think o’ himself as wee Jaime’s “parent.”  You will never see a cat fight between washerwomen in the town square started with the cry of, “You can’t talk that way about my parent!”  Our times might be full of sensitive, politically correct, Equal Rights-based language.  That’s fine.  You cannot superimpose those values and that language on a Bronze Age teenager who has no idea where babies come from other than seeing the women’s bellies get really big and then there’s all this screaming.  Must be magic!)

“Okay” also indicates laziness on the part of the writer.  Surely there must be some more precise and historically appropriate term for whatever usage of “Okay” you’re expressing?

“OK” (also spelled “Okay“, “Ok“, or “O.K.“) is a word denoting approval, acceptance, agreement, assent, or acknowledgment. “OK” has frequently turned up as a loanword in many other languages.

As an adjective, “okay” means “adequate,” “acceptable” (“this is okay to send out”), “mediocre” often in contrast to “good” (“the food was okay”); it also functions as an adverb in this sense. As an interjection, it can denote compliance (“Okay, I will do that”), or agreement (“Okay, that’s good”). As a verb and noun it means “assent” (“The boss okayed the purchase,” and, “The boss gave his okay to the purchase.”) As a versatile discourse marker (or back-channeling item), it can also be used with appropriate voice tone to show doubt or to seek confirmation (“Okay?” or “Is that okay?”).[1] 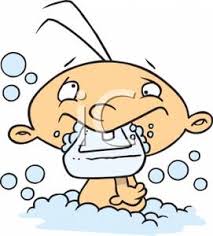 It’s a useful word, that’s true, but it’s also a dishwater word.  No color, no depth, no character.  Writing that lacks color, depth, and character is bad writing.  Not worth reading, hardly worth writing.  In the minds of editors, not worth paying good money for!

Here’s another lesser known disadvantage of using “Okay” especially at the end of a sentence.  It makes the character speaking look weak, indecisive, in need of approval or validation.  That’s true in real life too, by the way.

“Okay” can be used as a verbal cattle prod to make sure the person at whom the message is directed has really been listening.  It all depends on who is speaking, what that person is saying, to whom the words are directed, the overt meaning, and the subtext.

Yes, “Okay” can save time and word count and pacing and move the story along.  Modern story?  Fine.  Historical story?  Anachronism.  If you have any love at all for historical literature, fiction or nonfiction, you will know that “anachronism” can be a very dirty word.

The expression “God is in the details” is attributed to either Ludwig Mies van der Rohe or Gustav Flaubert, depending on whether you favor the German or the French.  From this expression arises the paraphrased saying “The Devil is in the details.”  Which one is true?  Here’s my answer.  We hope that God is in our details when we reach for the perfection of our creation.  We know the Devil is in the details when we can’t quite get to the right word or the precise idea.  After all, for a writer it really is hell on earth to know your work is just “okay.”

Tagged as accents, details, Once Upon A Time, Re Faire