#atozchallenge K is for Kids

People told me that when I had kids, my life would never be the same.

Those people had no idea how right they were.

My son Michael was born at 23 weeks, weighing 770 grams. That’s one pound, eleven ounces. He was the size of a kitten lying across my palms. This was back in 1996. At that time the age of viability was 24 weeks, because only then would the lungs function. During every single day of the following three and a half months Michael spent in the hospital, we watched and waited to see if our baby would live or die.

Two and a half years later, John arrived. He went full term, a hefty eight pounds, ten ounces. During delivery, John refused to breathe. By then the hospital staff knew our family rather well, so the head of neonatology was on hand to jump start John and make sure he started life in good form. John had to spend the first week of his life in the NICU, which drove me crazy because I wanted my baby. Then, as John missed verbal milestones and showed other unusual behavior, we learned he has Autistic Spectrum Disorder.

It’s not easy to write about difficult events when you’re still in the process of living through them. Now that my boys are legal adults, they face a sharp decline in services, lack of day programs, and the ongoing insurance battles. Michael is still in just as much danger from every medical crisis. John is still learning how to handle some of his symptoms. I am their mother, their legal guardian, and their primary advocate.

The time is coming when I will write more nonfiction. Right now, I write escapist literature because that’s what I need to write. I don’t travel as much as I’d like to because I simply can’t. In order to hang on to my dented sanity, I run away from home inside my head.

We’ve hired a new R.N. for Michael.  One of the three we currently employ will be moving on.  This is a sad occasion, because the R.N.s who do home care become a part of the ecosystem inside the family.  That can be a mixed blessing thanks to that familiar stumbling block, boundary issues.  The nurse who is departing has been a great help to Michael.  She has a particular talent for communicating with him and making him feel like he’s really being heard.  I know he will miss her.  This kind of thing is very hard on someone with Michael’s limitations, because he has so little control over his environment.

When we interviewed the applicants, we did so while sitting in Michael’s room with him so he could be part of our conversation.  He had a rather wary expression each time we introduced an applicant to him.  Once we’d talked to each of the two applicants, I asked Michael if he liked one nurse more than the other.  Our usual question and answer process produced the very firm answer that he does not want his current nurse to leave.  Neither do we, but she’s a fairly young nurse with an excellent mind and a wonderful career ahead of her.  We wish her all the best. 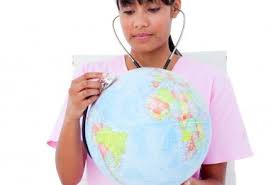 So.  Next month a new person will enter into the daily chaos that makes up my family’s home life.  The nurse will meet Michael’s one to one school aide.  She’ll get to see what goes on during the Homework Wars with John.  Eventually she’ll meet my mother, who will subject her to a good-natured interrogation.  The two regular nurses will teach the new nurse all the little details of Michael’s care that are hard to explain without the hands-on part.  The new nurse will find out how we prefer to have her communicate with the various doctors and the medical supply companies, and we’ll adjust to the way she keeps her nursing notes.  There’s a standard method, of course, but everybody has their own style.

New input is good for Michael.  During her interview, the new nurse and I discovered quite a bit of common ground.  She’s written and published a nonfiction book.  She’s traveled quite a bit, and she’s fond of reading romances.  We’ve already established something of a rapport.   What makes me really happy is this particular nurse’s background in the Neonatal Intensive Care Unit.  She understands what Michael’s life was like from the moment he entered the world.  All the machines, all the tests, all the hopes and fears.  She “gets” our family in a way other nurses might not.  Most importantly, she understands what Michael’s life has been like all these years.  She comes to him with a degree of sympathy and respect that can only result from living through the daily ordeals of the NICU.

In mathematics, when you change one element of an equation, you end up with a different result on the other side of the equals sign.  Our home environment is an equation made up of several elements, some harmonious and others more contradictory.  It will be interesting to see how the presence of the new nurse alters the equation, and what the new outcome will be.