The Truth About New Year’s Resolutions 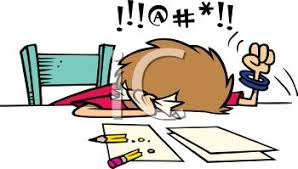 The tradition of making a New Year’s resolution seems quite virtuous, but the endless jokes about people breaking their resolutions almost immediately shows the tradition is more honored in the breach than in the observance. Why is that so? I believe the New Year’s resolution has become an ugly epilogue to the happy glitter of the holiday season. The process of making and keeping the New Year’s Resolution is the Puritanical demand for the paying of the check, the return to sobriety, responsibility, and practicality. We’ve had our fun, now we have to go back to the dreary grind of everyday living. That we have to do so in the middle of winter sets us up for a psychological climate that is hostile and antithetical to the way human nature tends to cope with a cold, dark, dismal environment.

I know from my own experience that the physical and mental effort involved in taking down the Christmas tree and putting away all the various lights, ornaments, gift wrapping supplies, etc. can leave me and other people in no state of mind to take on some new effort. People need a break. The pressure to create and abide by the almighty New Year’s Resolution starts the New Year off with a guilt trip, which nobody enjoys taking.

Nothing much happens between New Year’s and Valentine’s Day. That post-holiday lull creates a psychological environment where one has to work uphill to battle the natural emotional letdown. That makes it twice as hard to maintain enthusiasm and motivation for a new goal, especially a goal centered on self-improvement which also carries a certain element of guilt.

January is a cold, dark, depressing month. It also rains a lot. Hard to stay motivated when all we really want to do is keep warm, stay in bed, and eat comfort food. People who have a normal, healthy outlook on life can find the prospect of upholding their New Year’s Resolution daunting. Those of us with SADD or other mood disorders may find life even harder to struggle through.

For many people, all their financial outlay during the holidays catches up with them, creating a situation of stress, tightening the belt, and potential anxiety. Resolutions regarding one’s spending habits, sticking to a budget, creating a savings plan, etc. might be not just appropriate but necessary. Such resolutions are also at risk for crumbling in the face of the physical and emotional climate.

One of the key principles of Positive Deviance says, “It’s easier to act your way into a new way of thinking than to think your way into a new way of acting.” With that principle in mind, I believe that making New Year’s Resolutions is a process that’s doomed to fail because it hinges on the state of being resolved to do something. That means it’s all centered in the mind, in thought, in the resolution itself, as opposed to being grounded in physical actions that produce immediate tangible results. Instead of dwelling on the idea that I’m going to write one thousand words every day and triggering all the excuses, avoidance behaviors, and other genuine commitments to get in the way, I can just go to my desk at the appointed time, sit down and write. This is where free writing with a pen and notebook comes in very handy. It’s a lot less intimidating than composing at a keyboard and therefore much easier to just start doing.

By simply taking action, I break through the resistance that builds up around the mental component, the resolution itself. There will be the inevitable struggles with competing commitments and outside interruptions, but I know I can get up and walk to my desk. I know I can sit down and pick up my pen. I know I can move my hand across the page. I know I can write for a given amount of time or a given amount of words. I can take those physical actions, and I can do them every day.

A long time ago, I read something in Writing Down the Bones by Natalie Goldberg that has remained a shining jewel of truth in all conditions of my life. That jewel is a statement made by Ms. Goldberg’s master of Zen Buddhism. He said, “When in doubt, take positive action for the good.” Feeling dejected by the weather and the post-holiday blues? Write those thank-you notes for the gifts you received. Expressing gratitude is one of the best ways to make yourself and other people feel better. Showing appreciation is a vital part of healthy relationships. Letting the other person know that you see the effort he or she has made and you value that effort can make all the difference.

The New Year is a time for optimism, for a new outlook and a fresh start. Instead of some huge resolution that weighs like a millstone around our figurative necks, why don’t we just take it one day at a time, doing our best to “take positive action for the good”? There are opportunities everywhere, from the desperate needs of disaster victims to the neighbor who could really use some small act of kindness. By doing so, we can turn the purpose of the New Year’s Resolution, that of self-improvement, into a much broader approach where we do what we can to improve life for everyone around us.