On Friday we held the memorial service for my mother at Pacific Gardens Chapel. More than a dozen people attended. Given the perils of weekend traffic during a Santa Cruz summer,  I was grateful to see so  many friends of our family make the effort to honor Mom’s memory.  This was in addition to the presence of my brother, whom I have not seen since my wedding 31 years ago this month.

More family and friends sent flowers, among them white roses with blue hydrangea, a basket of roses the red of garnets, and one of those big sprays of spider mums and daisies and greenery. The flowers made the chapel even more beautiful, all of it centering on a photo of Mom taken from the days when she worked in music videos and as an extra in movies and TV. That photo, a cheerful headshot, let us mourners remember my mother as the person she was, the lively personality inside that body so weakened by illness.

My brother spoke about Mom making the most of every little thing they had when my brother was growing up. My husband talked about how many ways Mom expressed her creativity, through art and acting and singing and even stand-up comedy. I gave Mom credit for teaching me one of life’s most important lessons: Try everything! I’ve done my best to teach my boys do that so they don’t miss out on something they never knew they’d enjoy.

These last few months of Mom’s life have been so hard. Now she’s in a better place, free of the body that kept breaking down and causing her so much pain. Mom can rest in peace, knowing how much we all loved her.

Yesterday I sat in my favorite coffeehouse and wrote for close to an hour. Then I switched notebooks and went on writing about something else entirely. I haven’t done that much writing in a single sitting in far too long.

It’s time for me to get some rest too, then go on living the life my mother encouraged me to live.

“Don’t be afraid of opposition; remember, a kite rises against the wind.” — a fortune cookie

Life just seems to get harder, doesn’t it? Just when you think you’ve sorted out one mess, you turn around and see another one ready and waiting. Anybody who’s spent time around little kids knows how this works. No sooner do you get the bedroom tidied up than the little terrors have trashed the living room. Once John was able to walk, we called him “Hurricane John-John.” He had a thing about tabletops. Whatever might be on top of them, whether they were end tables or night stands or the dinner table itself, he would sweep it clear. Lucky for us, this developed a bit at a time, so when he got to the point of clearing the table in one go, we could stay one step ahead and keep anything breakable out of his path. With John, no sooner did we figure out and learn to cope with one behavior pattern than he’d abandon that in favor of something else, like his fascination with water. The winds kept changing, making our kite swoop and dive at times. Adjusting our approach to John’s needs meant making our kite ride those changing winds and keep on rising. 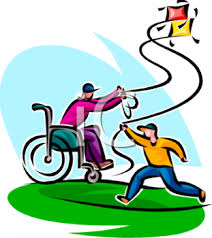 Michael has presented us with more than a few challenges. When your child is in pain and can’t speak, you have to learn how to figure out where it hurts. When Michael reached his mid-teens, his neurologist warned us that the growing self-awareness of that stage might result in bouts of depression as Michael really understood just how limited his life would be. Bad enough I have to fight my depression. To know my son would face a similar struggle just made me break down and cry. Once I dried my tears, and I’ve had to do that several times, I set out to find what might make Michael happy. This is how we discovered he likes to go bowling. This is how we found out how much he loves the Monterey Bay Aquarium. And, as a matter of fact, how much he likes to fly kites with John. If Michael can’t go out into the world, I will find ways to bring the world to him. If nothing else I will sit there and listen to him vocalize as he articulates his anger and frustrations in the only way he can. I have always insisted that all of Michael’s caregivers respect his personhood. It’s very easy for people to treat the person lying in the hospital bed as not really being there mentally. If there’s a decision to be made, we ask Michael for his opinion and interpret it as accurately as we possibly can. I know that depression leaves me feeling powerless. How much more must Michael feel it, when he has no physical control over his personal universe. The more of a sense of control I can give him, the more I can ease his anxieties and lower the intensity of his potential depression.

I had to face something of a personal challenge on Sunday, an event that stirred up a lot of opposition inside me. Michael’s godmother has now been gone for five years. Her husband has since met a woman in the choir where he attends church. Yesterday the two of them got married. When my husband told me we’d been invited to the wedding, I had mixed feelings. I still miss Michael’s godmother very much. Part of me didn’t like the idea of her husband having a new married life inside the house he and Michael’s godmother designed together. I wish him all the happiness in the world. I just have a hard time with goodbyes, and a change this big meant (at least to me) that a little more of my friend’s memory was leaving the world. I realize these thoughts are not grounded in reality. The bride is a wonderful lady who is, as the groom puts it, “the one who brought the smile back to his face.” So I told myself to put aside my selfish thoughts and be there for the groom as he has been there for me and Chris and Michael and John on so many occasions. I had to rise above my own conflicts, just as the kite rises against the wind. 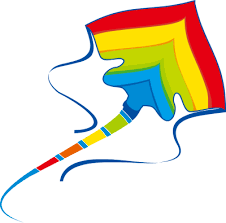 As if my life wasn’t already wall to wall stress, I have taken on another challenge. Participate in NaNoWriMo and you commit to writing fifty thousand words between November 1 and November 30. It averages out to one thousand six hundred sixty-seven words per day. Right now I’m averaging a bit over eighteen hundred per day. I took this challenge on because I see it as a good way to keep me motivated as I write the first draft of the second novel in my Japanese historical trilogy. The NaNoWriMo community is wonderful, very supportive, full of advice and encouragement and camaraderie. I have five writing buddies, two of whom live in Japan and who are also writing in the same time period where my novels are set. This does a lot to soothe the loneliness that’s part of a writer’s lot in life. It’s hard, very hard, to make sure I sit down and get my daily word quota written.  Then I have the pleasure of going to the web site and adding it to my official word count. Last night I won the badge for hitting the five thousand word count.  Tonight I’m facing another six pages, but if I’m lucky and the words start flowing I’ll produce more than that. I have to push against fatigue and anxiety and not knowing what happens next. As I work, my kite takes form, size and shape and color and design. When I’m done, I’ll have a new novel and the sure knowledge that I build strong kites.

To reach a port we must sail, sometimes with the wind, and sometimes against it. But we must not drift or lie at anchor.