#atozchallenge B is for Boat

Flannery O’Connor once said, “Anybody who has survived his childhood has enough information to last him the rest of his days.”

Today I am going to tell you a story about a boat. In the twelve hours I was aboard that boat, so many moments happened, each one raw material for a story all by itself.

When I was ten years old, my father took me on a fishing trip. He and some of his coworkers had pooled their money to rent a boat for the day, complete with captain, which would take them out to fish for rock cod off the Four Mile Banks near Laguna Beach, CA. My father loved fishing. I was still a bit of a tomboy at that age, so I was quite excited to be in on the adventure.

A fishing trip means you get up while it’s still dark out, drive down to the marina, find the right dock, and go aboard. I was the only kid on board. I learned later that my father’s co-workers weren’t exactly thrilled to have me along for the trip. Back then adults still believed in behaving themselves in front of children. Me being there meant they couldn’t drink and gossip and carry on the way they’d been planning. I still wonder if my father knew that, or if he knew and just didn’t care.

There we were, heading out of the marina, the sky still black and dotted with stars. I didn’t have much experience with boats, so this was a rare thrill for me. I sat on the rail, holding on to the strip of wood on the side of the main cabin that stuck out like a smaller rail. I watched the bow wave, marveling at the reflection of all the lights on the dark water. One good whitecap could have jolted me loose and thrown me over the side. I don’t know why the adults let me sit out there all alone in such a precarious position. Daddy was a twenty year Navy man. Maybe he thought I had enough Navy in my blood to give me good instincts aboard ship. If my mother had ever found out about this moment in my seagoing adventures, the closest I would have gotten to another boat would have been floaty toys in the bathtub.

The captain took a liking to me. I think that had to do with me catching the first fish. It was a young shark about as long as my arm with eyes the color of pale jade. The captain declared me to be lucky, then asked me if I wanted to keep it or let it go. This was not an “eating fish,” as my father called them, so it seemed only right to let the shark go. From then on wherever I cast or dropped my line, I caught the most fish. Daddy found this hugely entertaining. Later on he told me my good luck did not endear me to his coworkers, who had placed bets on who would catch the most and the biggest fish. Apparently my catches counted toward Daddy’s total.

Then came the moment that was the polar opposite of all the joy I felt sailing along in the dark. Rock cod are considered good eating by humans and other fish. As we reeled in our catch, those other fish showed up and tried to steal them off our lines. At first I couldn’t understand why the rock cod were coming up with big red holes in their sides. Daddy told me to go up on the flying bridge and look out over the water.

Circling the boat were two thresher sharks. These are really not much trouble, but this happened right around the time when Jaws had hit the theaters. There I was, out in a relatively small boat, miles offshore, being circled by the two biggest sharks I’d ever seen in person. Scared the living daylights out of me, much to the amusement of the adults.

Why am I telling you this story? There’s a lot more to this day. I haven’t even mentioned the poker game. (The adults wouldn’t let me play. A) I was too young, and B) I was already too lucky!) Mine your life for these moments. You were there! You know the details that will bring those moments to life.

U is for Unlucky (Art Nouveau – #AtoZChallenge)

The number thirteen produces strong reactions in people. Many believe the number is unlucky. Much to my surprise, I’ve discovered why many other people insist on believing thirteenth brings good luck. For excellent examples of both sides, click here. 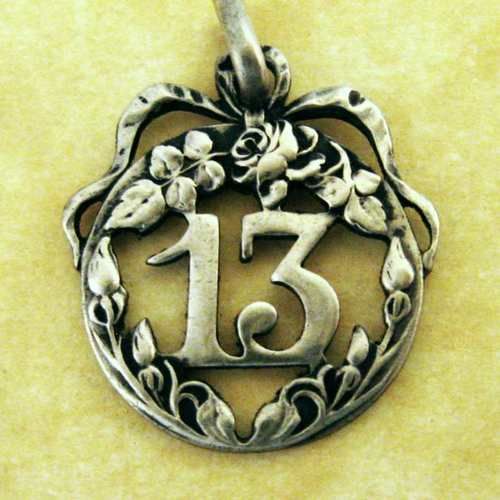 Rose wreath charm with “lucky” 13 inside. Sterling silver, from France.

The Luck o’ the Irish to Ya!

Sorry I haven’t been around with my usual regularity.  I had a sudden deadline on a short story that required two all nighters (not in a row, thank God), and then I’ve been wrestling with the depression again.  Sleep deprivation is a terrible thing, but in the end it was worth it!  I can’t talk about it yet, but I’ll have some good news soon.

St. Patrick’s Day Toasts
Here’s to a long life and a merry one.
A quick death and an easy one.
A pretty girl and an honest one.
A cold beer and another one.

May your wishes come true and your truth be wise.  Happy St Patrick’ s Day!

Leprechauns, castles, good luck and laughter.
Lullabies, dreams and love ever after.
A thousand welcomes when anyone comes…
That’s the Irish for You!

May your blessings outnumber The shamrocks that grow,
And may trouble avoid you Wherever you go.

May your glass be ever full.
May the roof over your head be always strong.
And may you be in heaven half an hour before the devil knows you’re dead.

Yes, that’s right.  The universe is going for the Hat Trick today.

I don’t know about you, but for me this is the Triad of Tough Luck.  Two of my cats have had serious health problems.  Communications here at home keep getting tangled.  School is out, which contributes its own dose of chaos with changed schedules, more noise, and a lot more traffic.  It’s Father’s Day this weekend, which is something of a downer for me because my father isn’t around anymore.  People I know, friends, family, members of my household staff, are all taking the hit directly or having to cope with the fallout from trouble hitting their nearest and dearest.

As we all know, the news lately has been full of horrific events, coming more and more frequently.

I spend a good chunk of every day combating my depression.  One of the most useful tools I’ve learned is the simple fact that we can change our minds, change our moods, and reframe our perspectives.  Times are hard and it’s easy to get stressed out, even frightened.  It’s all the more important to do whatever we can to protect ourselves from being sucked under by the Riptide of Doom.

The word for “eight” (八 Pinyin: bā) sounds similar to the word which means “prosper” or “wealth” (發 – short for “發財”, Pinyin: fā). In regional dialects the words for “eight” and “fortune” are also similar, e.g., Cantonese “baat3” and “faat3“.

The number 8 is viewed as such an auspicious number that even being assigned a number with several eights is considered very lucky. 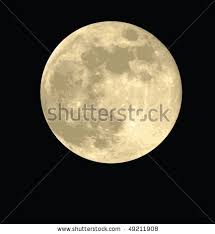 The Full Moon is gorgeous.  People in Japan have moon-viewing parties.  That usually happens later in the year, but hey, it’s still a fun idea.  Pack a picnic basket and go to the beach to watch the moon rise.  If you live in the right kind of building, you could even sit on the roof.  There’s magic in the air, and romance, and all the good vibes of summer.  School is out!  It’s time to party!

Mercury in retrograde?  This one we’re just going to have to ride out.

From the wonderful blog Gala Darling:

“It’s because Mercury rules communication, clear thinking, truth and travel, so when the planet goes retrograde — which means that it looks like it’s going backwards in the sky — all those things go backwards. They start to get ugly and tangle up. Mercury isn’t really going backwards, it’s just hanging out by the sun, but from Earth, that makes it look like it’s in reverse. It typically runs for a couple of weeks, a few times a year.

Check out these dates below and put them in your calendar!

Also from Gala Darling, 10 Magical Ways to Make the Most of Mercury Retrograde!

So remember, we are the masters of our destinies and the captains of our souls.  If we choose, we can decide 13 is just a number, the Moon is just a big ball of rock in the sky, and Mercury going retrograde is just an astronomical phenomenon (Try saying that three times fast!).  Choose to be positive.  Choose to make your own luck.  Choose to appreciate and enjoy all the good things that are happening all around us.

It’s been a good week.  Today’s mail brought yet another contributor’s copy from another sale.  “The Restless Armadillo,” co-written with Kevin Andrew Murphy, is now available in Kindle and trade paperback formats!

When Kevin and I did a reading of “The Restless Armadillo” at ConDor in March, we got quite a few laughs out of the audience.  This story has to be one of the weirdest and funniest I’ve written.  I’m sure a large dose of the credit goes to Kevin with his wide knowledge of the occult and his amazing creativity.

I have ten stories and one essay out to market right now.  Keep your fingers crossed for me!  The way my luck is running this week, I may score another sale! 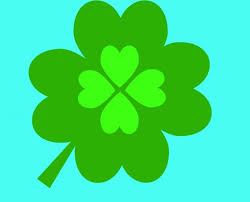