I take a deep breath and say…. 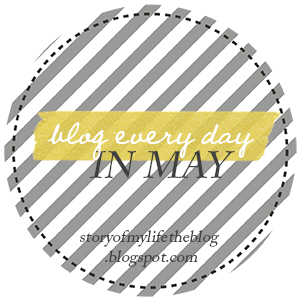 Day 6, Monday: If you couldn’t answer with your job, how would you answer the question, ‘what do you do’?

The answer to this is simple.  I oversee the education and medical care of my two special needs teenage sons.

For the benefit of the folks who are just joining us, let me tell you about my boys:

Michael just turned seventeen.  He has cerebral palsy and seizure disorder, both complications resulting from an emergency C-section at only twenty-three weeks.  He is an invalid, requiring R.N. level care, and he spends his time in his wheelchair or in his hospital bed here at home.  Michael takes seven different medications, takes Ket0-Cal as a liquid diet via a G-tube and Mic-Key button, receives Baclofen through an intrathecal pump, and had his scoliosis corrected by an eleven hour surgery than wired steel Harrington rods on either side of his spine.  He also gets pulmonary treatments two to three times a day involving both a nebulizer and a percussive therapy vest.

John went full-term, but after his delivery via C-section (I told my OB/GYN to put in a zipper the first time, but did he listen?) John refused to breathe.  The neonatologist standing by got John going, but that brief bout of hypoxia may have been the cause of John’s speech delay.  We got him into speech therapy right around the time some interesting behavior patterns had begun to emerge.  At the speech therapist’s suggestion, we had John evaluated by Michael’s neurologist.  Guess what?  John has autism.  He’s low on the spectrum and he’s outgrown a number of the phases that some autistic kids go through.  Now he’s fourteen, six feet tall, two hundred pounds, and I’m the only one in the house that can make him knuckle under when we have what I will euphemistically refer to as a “discipline situation.”  John takes Adderall.

I am very fortunate.  Unlike many parents in my position, I have R.N.s paid by a state agency and aides for John paid by a county agency.  Given my own diagnosis of Major Depressive Disorder, I need all the help I can get, and that’s no joke.  So yes, I am a professional writer, but in many ways that’s my escape, my occupational therapy.  My true vocation in this life is being the primary caregiver, the front line advocate, the ringmaster, amateur pharmacist, diagnostician and therapist to my two wonderful, talented, funny and stubborn and brave sons.

My seventeen year old son Michael was a micro-premie, born at 23 weeks.  Due to severe complications, he has cerebral palsy, seizure disorder, a Baclofen pump, Harrington rods in his spine, and he is confined to either his wheelchair or the hospital bed in his room.  John, who is fourteen, has the diagnoses of speech delay and autism.  I mention Michael because I want to show you the context in which my family lives.  Our motto is “Never a dull moment.”  Every day is a new day, with its own challenges and its own rewards.

I’d been living in crisis mode with Michael for two years when John came along.  Three years later, after John’s speech therapist recommended neurological evaluation, we learned that John is on the spectrum.  I’ll be honest with you.  I was heartbroken.  I love Michael dearly, but I was hoping that with John we’d have a healthy, normal child.  John’s diagnoses meant more support through the IEP process.  They also meant even more battles with the insurance company over appointments with specialists.

Today John reads to Michael, sings the lyrics to his favorite songs, recites dialogue from his favorite movies, and talks to me about genies and superheroes and how he wants to go to Tokyo and Las Vegas (places I’ve been on business trips).  John learned to draw by watching “Blue’s Clues” and “VeggieTales.”  Last summer, John appeared onstage in a production of “Peter Pan.”  It was a theatrical summer camp, with four different casts.  John played both a pirate and an Indian.  John’s teachers, therapists, aides, Grandma, Aunt, and of course my husband and I came to see him.  We made sure he had somebody in the audience for every performance.  When it came time for the curtain call on the final performance, I made sure John had a bouquet of flowers just like the stars of the show had received.

John is my joy.  He’s smart, funny, creative, stubborn and every inch a teenager now.  I thank God and all the professionals along the way who have contributed to John’s growth and development.  What had broken my heart has now reassembled the pieces into a better, stronger pattern, giving me hope and courage for both my boys.