April is Autism Awareness Month. As you can see, I’ve “gone blue” in support of ASD children and adults everywhere. As the T shirt says:

It takes a special mom to know what a child cannot say.

Both of my sons have difficulties with their verbal skills. John has speech delay. Michael doesn’t not speak at all, aside from some vigorous vocalizing. I am fortunate in that words seem to be what I’m good at in this life. Public speaking, sales, writing fiction and nonfiction. I had no idea my ability with words would stand me in such good stead given how hard it is for both of my boys to communicate.

What really keeps me going right now is the generosity and support of my community. By that I mean all of you folks reading this. All the folks who have donated to the GoFundMe, Safeguarding My Special Needs Sons. As of today, the total amount donated is over $3,000. In these strange, stressful, and scary times, the weight of enduring the divorce process is crushing me. I have to stay strong for my boys, to help them make the most of each day.

Thank you. Thank you so much. If I could do it, I would hug every single one of you.

Please keep sharing the link to the GoFundMe. Being able to pay a good lawyer to protect my interests and my boys’ future will do so much to keep all three of us strong until we get to that brighter future we all are hoping for.

Shift Change at the Doctor’s Office 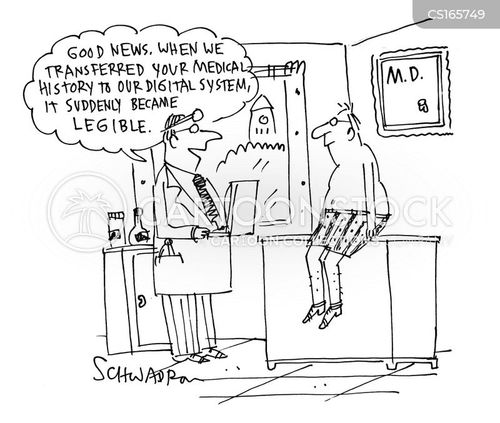 My son Michael is 19 now.  Still a teenager, although he is legally an adult.  Last year my husband and I had to file the appropriate papers and meet with the state officials who oversee the process of the appointment of a legal guardian for medically fragile, nonverbal people such as my son.  We are now not just his parents but his legal guardians as well.

That process brought home to me the fact that my son is moving on.  I have lived most of my adult life in the world of pediatric medical care.  Hospitals, doctors, nurses, therapists, caseworkers, counselors, and the vendors for all the equipment and supplies.  Bright colors, scrubs with cartoon characters, aquariums in the waiting rooms.  Environments meant to soothe and entertain children who are facing the frightening prospect of yet another doctor visit.

Yesterday my husband and I took Michael to the Oakland Children’s Hospital.  That’s a two hour drive, and our appointment was in the afternoon, so my husband had to take the day off from work.  “Family medical leave” is the category, rather than burning a vacation day.  Finding parking for our van was a real problem because the van’s roof is higher than the parking structure clearance.  We made it to the doctor’s office on time, but only because we know enough to leave a wide margin of extra time for traffic and the whole parking issue.

My son has a Baclofen pump, which is a medication pump implanted in his abdomen with a catheter than runs under the skin around his ribs to his spinal column.  Baclofen helps ease the spasticity in his muscles due to the cerebral palsy.  The battery in the pump is nearing the end of its charge, so it’s time to schedule the replacement surgery.  When the pump was implanted, I stayed with Michael for the five days he was in the hospital.  The replacement surgery is much simpler, so his stay won’t be as long.  Every surgery has its risks, but this doctor is a recognized expert in the procedure.

What disturbed me the most about this appointment happened when the doctor pointed out that soon Michael would need to see a doctor in this same field of medicine who treats adults.  On one hand, this isn’t a cause for anxiety because it makes perfect sense.  Our present surgeon is a specialist in pediatric cases.  My son has almost reached the legal drinking age.  Of course he would no longer see a children’s doctor.

On the other hand, as this thought sank in, I realized that the same will be true for all of Michael’s specialists:

The orthopedic surgeon who put the Harrington rods in to correct Michael’s scoliosis.

Each of these doctors represents almost twenty years of expertise in the treatment of my son’s particular combination of medical problems.  The idea of having to leave the team that has helped us keep Michael healthy and strong through so many crises really upsets me.  No doubt we will be referred to doctors in whom our current team has confidence, but still.  Reading Michael’s chart in the context of one particular aspect of his care will not give each of these new specialists a real grasp of the complexity of Michael’s circumstances.

So much about the future frightens me.  Climate change.  Water rationing.  The increasing frequency of earthquakes (I live in California).  Making sure we have everything in place to provide both of my sons with a safe, healthy adulthood.  The movie “San Andreas” just opened.  I can’t go see it, no matter how good the reviews say it is.  I know that at some point I will freak out and have to leave the theater.

New doctors.  New names, new faces, new locations, new phone numbers, new logistics.  Finding out how they communicate, if they’re willing to listen, how much they’re willing to let me participate in planning Michael’s care.  We’ve been very fortunate with the pediatric physicians we’ve known.  People who go into pediatric medicine generally like children and make an effort to be pleasant and nonthreatening.  As we move into the world of adult care, where we’re all expected to act like “grown-ups,” I wonder about the people who will become responsible for maintaining Michael’s health.