It’s that time of year again! As Memorial Day Weekend approaches, I’m packing up my copies of my latest anthology appearances, my panel notes, and my younger son with an eye to having a wonderful time at this year’s BayCon!

Here’s a list of my panel appearances. Hope to see you there!

How do we ENHANCE their education?

How diverse is diversity?

As recent events show, this is still a needed discussion. What does diversity and equity look like? How can groups, organizations and communites promote “diversity”, especially when they are not organically positioned to be diverse? What things can be done to attract a more diverse community in whatever you do? (G. Castro)

Why do writers kill characters?

Werewolves and other shapeshifters in mythology and literature

The Ink That Rushes From Your Heart

Dorothy Parker wrote “Never never dip your quill/In ink that rushes from your heart.” Being willing to do exactly that is what will bring the deepest meaning to our writing. How do we bring ourselves to be that honest and vulnerable in our stories?

You don’t get harmony when everybody sings the same note.

Here we have a bunch of people singing the same note in terms of the political ideology they espouse.  Is this harmonious? No. It is not.

We need all the notes, all the chords, all the melodies to come together in the great orchestral voice of life. May a joyful noise until the Lord! Sing out with all your heart! Go tell it on the mountain! Punk rock, bagpipes, ocarinas and kazoos. Let’s do it!

If you take something out of context, it is subject to misinterpretation.  A statement, a gesture, a name, a piece of clothing, an animal, a human being.

The other day a friend of mine told me that a guy she knows had surprised her.  He gave her a tube of toothpaste.  Me, I’d have taken that as a rather rude hint about my oral hygiene.  Turns out that my friend had made a comment about not being able to find the toothpaste she preferred.  The gentleman showed up with the cinnamon-flavored brand my friend much prefers to the seemingly universal minty fresh selection.  Now see?  At first I didn’t understand the context of the gentleman’s gesture.  I took offense, when it turns out that he had only the best and most considerate intentions.

In her blog, TalktoYoUniverse, my good friend Juliette Wade has addressed the delicate subject of how we decide who is worth our time and who is not.  The very idea of doing so may sound offensive to some people.  In a perfect world, everyone should be considered worth our time and attention.  Sadly, this is not yet a perfect world.  Life is short, our days are jam-packed with information and activities, and there are some people we really do want to avoid for reasons of personal safety.  Different social contexts demand different standards of inclusivity and exclusivity.  Juliette puts it very well:

“I won’t claim this is supposed to be easy. Everybody has a different balance of introversion and extroversion, a different threshold of safety – and maintaining that safety is vitally important. But I also think it’s important for people to realize that we are all gatekeepers. We are all constantly re-creating the inclusive or exclusive environment of our social milieu, whenever we say yes or no.”

Juliette and I are both familiar with the social context of the science fiction and fantasy convention.  It’s customary on Friday nights to have a Meet the Guests reception where the Guests of Honor are introduced and welcomed.  In a less formal manner, the rest of the pro guests who are part of Programming attend the event and we mix with the convention attendees.  The environment of inclusivity is wonderful.  When you’re a pro guest and you’re not a naturally outgoing person, the sudden atmosphere of familiarity can be a form of culture shock.  Let me offer some examples of different convention contexts in which I had to make snap decisions about how to respond to the person who wanted to interact with me.

1) I was in Las Vegas for a convention where my best friend and co-conspirator Pat MacEwen was on Programming.  (Pat and I take turns being each other’s roadie depending on whether or not we’re both on Programming.)  Pat and I were hanging out in the hallway outside the Dealers’ Room when a tall, beefy, bearded man came up to me and said, “I didn’t know you were going to be here!”  He said it in a voice of loud delight, which drew some attention from the folks around us.  At first I thought he was talking to Pat.  Nope, he meant me.  He had a copy of The Year’s Best Horror XXI where my first published story “Fallen Idol” appeared.  Like a lot of fans, he was working on collecting the autographs of all the authors included.  He very politely asked me if I could wait just a minute while he dashed up to his room to get the book.  I wasn’t busy right then, and Pat didn’t mind, so there I stood until the gentleman came back.  He was so happy and excited to get my autograph.  This kind of thing doesn’t happen to me all that often, so I was probably enjoying it as much as he was.  He thanked me, I thanked him, and we both went on with our day.

This is an example of a best case scenario in the social context of being someone “famous” meeting the fans.

2) I appear at many of the Bay Area SF cons.  The downside of being a regular face at these events became evident to me the year a particular fan decided I was his favorite person on Earth.  This fellow is well known to convention committees.  He is by and large harmless, although his manners could use some work.  As long as he’s taking his medication, he’s usually not a problem.  All this was explained to me after I contacted convention security to let them know this guy was following me around, sitting in the front rows of panels, and carrying on like he was my date.  My heart goes out to him, given the condition that he has to cope with, but to put it bluntly, he scares the hell out of me.

When it comes to dealing with someone who is known to have a mental illness, the issue of personal safety takes precedence.  Hand it over to the authorities and walk away.  Would I say this is an example of a stalker?  No.  It was only that one year.  I do take care to avoid him, but our occasional encounters since then have been within the proper boundaries.

3) At yet another con I was on my way from Point A to Point B when I heard a voice behind me call out, “Mrs. Csernica.”  Now that’s weird.  Nobody ever calls me that except for the boys’ medical personnel.  So what happened?  My fight or flight response kicked in and I had an adrenaline surge.  I spun around to see a perfectly nice-looking young man in a blazer walking toward me.  He didn’t look like security.  He didn’t look like hotel staff.  He had a con badge, but I couldn’t tell if it had any of the special markings that show if the person is Con Ops, Programming, Con Suite, DIY track, etc.  I was trying to place him in context by looking for any physical indicator of his rank, station, function, etc.  As I stood there, trying not to panic while I figured out who he was, the young man introduced himself and explained that he wanted to tell me how much he’d gotten out of the panel I’d just finished.

Now this particular example deserves two paragraphs.  You see, in the atmosphere of casual familiarity that prevails at cons, we don’t do last names.  Only the serving staff says things like “Sir” and “Ma’am.”  Given that I’m in Northern California, there’s an additional layer of informality underlying all of that.  I am an old-fashioned girl.  I will not address someone who is older than me by his or her first name until I am specifically given permission to do so.  I do not call my doctors or the boys’ doctors by first name even if they identify themselves that way during appointments or phone calls.  On the other hand, I do not stand on ceremony if it would look like I’m trying to make somebody else look bad by doing so.  Context context context.  My point here is once I got over the shock of the young man addressing me as Mrs. Csernica, I mentally awarded him fifty brownie points for showing that level of courtesy.  I also gave him five extra minutes of my time I might not have spared otherwise because I was indeed on my way to another commitment.  We talked about the lyrics he was writing, his music, and where he wanted to go in terms of career.  Since our first meeting I’ve crossed paths with the young man three times, and on each occasion he has won my regard again by doing something gallant that made my day easier and more fun.

There is no substitute for genuine class.  He has it, and it’s not an affectation or a manipulation or a pose.  He’s just a sweet guy with good manners. 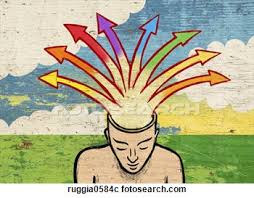 Today’s world is complicated.  We don’t know who or what we’re looking at, and even if we think we do, there are so many nuances and subtexts and private preferences that we’re probably going to guess wrong.  Some people are obtuse.  Some people are aggressively oversensitive.  Most of us are just doing the best we can as the ground rules keep on changing.  The best strategy I’ve come up with for navigating through daily life is this:

Give people a chance, but trust your instincts.

When in doubt, ask very politely for clarification.

It’s a lot like speaking the language in a foreign country.  When the natives see that you’re trying really hard to do it right, they’ll usually cut you some slack.

N is for Nativity Scene

The Nativity Scene is a key element of Christmas, so it might seem a little strange to mention one given that we are coming up on that highest of Christian holy days, the Feast of the Resurrection of Christ, aka Easter.  Still, what is an Easter basket without chocolate?  Chocolate is definitely Heaven-sent, so in that spirit I present a chocolate Nativity Scene from Russia.

If you prefer to keep things simple, there is this lovely portrayal of the Holy Family:

Do you have any special memories of the Nativity Scenes you saw under the Christmas trees when you were little?  Did you make any by hand, perhaps in Sunday school?  There are many Nativity Scenes created to reflect the people of a particular ethnic or cultural community.  How could we design a Nativity Scene that would embody the true spirit of inclusivity in the Angels’ message of “Peace on Earth, Goodwill toward Men”?