The Benefits of a Bad Mood

Tonight I’m working on a chapter of the Japanese novel written from the POV of my hero, Tendo Kazuhiro.  He’s in a very bad mood.  His real state of mind behind the stoic facade of a samurai is depression and sporadic bouts of anger.  He is not happy about living in exile as a ronin.  He is not happy about how he was betrayed by men he thought were his friends, men who got him drunk and then sent him into the path of an enemy whom they knew would draw on Tendo and force Tendo to kill him.

Now he’s gotten himself into another fine mess.  This English girl raised in Japan to speak perfect Japanese and become the highest rank of courtesan has run away from the corrupt samurai who owns her.  Fate brings her right across Tendo’s path at a moment when he either saves her or abandons her to (in his mind) almost certain death.  Being a decent guy, he rescues her.  Now he has put his life in danger by helping a foreigner, which is strictly against the martial law of the Tokugawa Shogunate.  If anybody finds out he’s hiding her inside the broken-down hunter’s shack where he lives, the entire village nearby could be in danger because Tendo makes his living acting as their one-man security force against bandits and ronin like himself.

Yuriko is the English girl.  Tendo has never seen a Western woman.  He’s amazed to discover she’s so beautiful, so graceful.  He’s lonely, he’s a healthy twenty-six year old man, and he wants her.  And yet he knows he can’t touch her.  She is under his protection.  She is a walking death sentence.  Even if he keeps her hidden long enough to hand her over to the lord of his clan, once he does that he’ll never see her again.  So he knows he cannot allow himself to develop any kind of feelings for her, any kind of attachment.

Put all that together and he’s in a very bad mood. 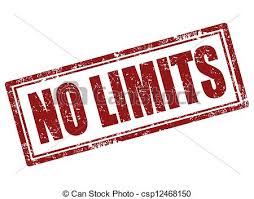 The advantage to a bad mood is simple.  Push a character far enough and he or she will stop caring about maintaining whatever public face his or her life requires.  Then the character will think the forbidden thoughts, consider the forbidden options, and maybe even act on them.  You get to show the reader what your character really thinks and feels.  No filters.  No etiquette restrictions.  Ever had a day when you wanted to say exactly what you think?  To spit out the naked truth?  It feels good, but it usually has consequences. 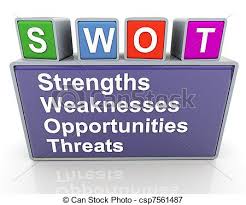 When you push your character so far that he or she has dropped the mask and is now simply reacting from a place of pain, other characters can step in and manipulate your main character by offering him or her options that will make it stop hurting.  Some are short term, some are long term, and some could make the pain even worse.

When your main character just can’t take it anymore, he or she is vulnerable.  Dangerous.  Weak?  Maybe.  Reckless?  That’s possible.  You get to decide who or what will push your main character in the direction that will advance your story.  I’m about to throw Tendo into the shark tank.  He will act on impulse and make a bad decision, one that will have serious consequences for both him and Yuriko.

I love my job!