The #1 Question All Writers Should Ask

Stories grow out of two questions: What if? and What next?

If you’re like me, your stories tend to start out as a sudden flash of action or dialogue. Maybe you think of a character first, and then the problem. Either way, once you’ve got your basic idea on paper and it’s time to think about story structure, there’s one essential question you must answer:

In Dickens’ A Christmas Carol, Ebenezer Scrooge has to change his ways right now or he won’t live to see another Christmas.

In The Hunger Games, when Katniss’ little sister is chosen to represent their District, Katniss has to take action right now to save her sister’s life. The only acceptable way is to volunteer and take her place.

In Andy Weir’s novel The Martian, astronaut Mark Watney has to come up with some kind of life support system right now. Maybe NASA will mount a successful rescue mission.  Maybe Watney’s team will do it. That’s all off in the land of What Then? When you’re stuck on Mars with no hope in sight, right now means right now!

Answering the Why now? question will raise your stakes, heighten your action, and give your readers a story they’ll remember!

I was in the Post Office the other day.  Like so many people, I spend a lot of time there during the holiday season.  While I was waiting in line, I witnessed behavior that made me understand how and why the phrase “going postal” has entered common usage.  A lot of it boiled down to Not Reading The Directions.  People had brought in packages they wanted to mail to the four corners of the earth.  Such packages must be sealed.  As in, the lid closes completely and you’ve sealed it with the correct kind of packaging tape.  Each step of this process is rife with potential for error.  Is that the right kind of box?  Is it the right size?  Did you use the correct type of tape?  Is the address correct, legible, and in the right place?  Then there’s the whole adventure of filling out the Customs form, if said package will be leaving the country.

When the postal clerks have to explain why the package cannot be accepted, people get all bent out of shape.  They want to do what they came to do and leave, regardless of the postal regulations that were created for the safety and security of the contents of that precious package, along with the people who come into contact with it.  Why is it people can’t just say, “Whoops!  Thanks for setting me straight.  I’ll go fix this.”  Instead they stand there and argue with the postal clerk.  They either don’t understand the problem, refuse to believe there is a problem, refuse to believe they have to correct the problem they created, or all of the above.  This can go on for several minutes while the rest of us stand there and watch our lives bleed away minute by valuable minute.

My sister told me a story about her adventures in the Post Office.  She was waiting in line.  A woman ahead of her had two of the big brown paper shopping bags with handles filled, and I mean FILLED, with Christmas cards that needed to be stamped.  Did this woman simply buy the required amount of stamps then step aside to a convenient counter and being processing her cards?  Nope.  The woman had opted for a particularly glittery and embossed Christmas card.  She was worried that some cards might be heavier than others.  This is a responsible concern.  She wanted to put the correct amount of postage on each card so they got to the people to whom they were addressed.  Did she step aside and go use one of the scales that are available in the lobbies of most post offices?  She did not.  My sister said she just knew what was coming.  The woman was going to expect the postal clerk to weigh every single one of those cards.  We’re talking dozens, mind you.  My sister said what really made her teeth grind was the way the woman got all miffed over some of the cards needing two stamps instead of just one.  Well gosh.  If you’re going to blow the kind of money on the really glitzy type of Christmas card, the kind that sells for at least twenty dollars and there are only eight cards in the package, then one would think you’d already accepted the minor detail of a hefty postage bill.  Once again, another argument, another refusal to be reasonable and considerate.  Another long line of people whose time was just as valuable and who didn’t appreciate having it wasted on a problem that could and should have been avoided. 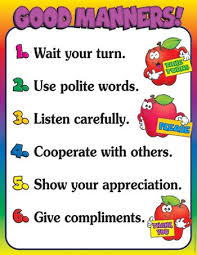 Is it really so hard?  Is it really that much of an effort to think ahead, to take advantage of all the online options available these days, to act in a manner that recognizes the feelings and schedules of the other people around you?  Example: waiting in line to check out.  I had several items in my cart.  A woman got into line behind me.  She had a handful of items, didn’t even need a hand basket.  So I motioned her to go ahead of me.  She was hesitant, asking if I was sure.  That’s polite.  I assured her I was fine for time.  We had a nice chat while we moved along toward the registers.  How much of a difference did that make to my overall day?  Maybe ten minutes.  How much of a difference did it make to my stress levels and to those of the woman ahead of me?  A huge difference.  We were out buying gifts for special people, relaxed and enjoying the moment together.

Now if it sounds like I’m bragging, I’m not.  I am not a patient person and I grumble to myself quite a bit over people that slow me down when it’s no big deal and I’m the one who’s overreacting.  I have learned that every moment is a choice.  I can choose to be miserable and spread that misery, or I can choose to be quiet and not add to someone else’s stress.  Now and then I have an opportunity to do somebody good.

Let’s think about this.  We’ve all had those moments when a total stranger has done something nice for us.  Held a door, let us go ahead in line, said something to lighten a difficult moment.  That moment of compassionate connection dispels the horrible feeling of being overwhelmed and isolated, just each of us against the whole world.  Somebody noticed we were having a rough day.  Somebody offered kind words or a helping hand.  Somebody took a moment out of his or her life to recognize our struggle and do something supportive.  What a powerful gift that can be!  I always shiver when I come across a story about someone who explains how there was One Person who made all the difference.  If not for that One Person, the man or woman who is telling the story would have committed suicide that day.  Quite often that One Person was aware of some problem, but had no idea things were so terrible that suicide was on the horizon.  We never know how what we do will impact the people around us, the people they interact with, the people years down the line that will never even know we existed.

I was raised to treat the elderly with respect and consideration.  Open doors, step aside and let them go through, give up one’s seat on the bus, train, etc.  These days when I do any of those things, the senior citizens react with surprise, even shock.  And then they smile.  They remember the old rules.  They were taught better manners than the general standard people seem to find acceptable these days.  When I acknowledge their status as my elders, and therefore deserving of respectful treatment, I restore to them the dignity of their position in society and I honor the fact that they’ve earned some special treatment from the rest of us.  This is the kind of world I want to live in.  This is how I hope to be treated once my hair goes gray all over and I need a cane or a walker.  If I don’t perpetuate that standard of behavior through my own actions, how can I possibly expect the coming generations to practice it or even know it exists?

So come on, folks.  Join me this holiday season in giving the gift of Goodwill Toward Everybody.  Slow down a little.  Take a breath.  Remember it’s not all about you.  When you meet people who obviously do think it’s all about them, remember Bob Cratchit, who has every right to despise Ebenezer Scrooge yet still wishes him well.  Why?  Because Bob Cratchit knows about the importance of true charity.  He refuses to sink to Scrooge’s level.  Keep in mind that Bob Cratchit is a special needs parent at a time when life is really grim even if you do have money for a doctor.  Bob Cratchit sees Tiny Tim as his role model, enduring his suffering with patience, never saying a bad word, and staying cheerful despite the family’s struggles.  Even if we accomplish nothing else for anyone else, we will have chosen the higher road for ourselves.  We will have made a commitment to compassion, to remaining the people we choose to be.