#atozblogchallenge D is for Don’t

Some of the lessons I’ve learned in my writing life have been firsthand experience, and some have come from observing the disasters other people have brought upon themselves. Since seven is widely considered a lucky number, I’ve distilled these “teaching moments” down to a list of seven Don’ts:

I have written three different regular columns for three different magazines. More than once what I wrote became rather controversial. One of my editors decided it would be a wise move to show my column to someone in the field before the column was published. I did not know about this at the time. What I did know is the way the editor insisted I make changes to that column, all of which were later revealed as being specific points complained about by the person to whom the editor showed it. Were these valid editorial objections? No, they weren’t. They had nothing to do with The Chicago Manual of Style or proper grammar. They had everything to do with private personal agendas. That editor sold me out. Once I found out what had really gone on behind the scenes, I was quite angry. Did I call the editor out? I did not.

Notice, please, that even though this happened twenty years ago, I’m still not naming names. Why? Because in the writing field, which really is a small world, it’s not smart to burn bridges. You just never know where that editor might turn up next. Sure enough, this particular editor went on to work at a magazine that had considerable importance in my chosen profession. Burning that bridge would have had serious repercussions.

Don’t forget to say thank you.

Nobody owes you anything. If somebody does you a favor, show appreciation in an equivalent and appropriate way. I’m always passing on market information to my fellow writers. At least two of those people made their first sales based on info I sent their way. Writers ahead of me on the career food chain have introduced me to my heroes such as Ray Bradbury and Robert Silverberg. Once a successful writer gave me a roll of gold foil Autographed Copy stickers. Years later there came a day when I met Joseph Malik, a newly published writer, in the SFWA Suite at WorldCon and made sure he had some Autographed Copy stickers for his books. What goes around, comes around. Let’s all help each other. 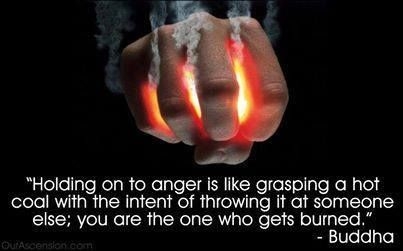 None of those will get you where you want to go.

I live with grief, depression, disappointment, and constant fear. I can let them suck all the strength out of me. I can point to all the reasons in my life, valid reasons, for why I don’t get more writing done. Or I can write. Make the time, make the effort, get it done.

Take those emotions and use them to power your writing. Even if all you do is spew your negative emotions into your personal journal, writing is writing. As my dear teacher Andy Couturier says, “Keep the pen moving!”

Don’t be afraid to offend people or make them angry.

When I was little, my mother taught me not to talk about politics or religion. Mom said that was the surest way to start a fight. What do I write about now? My historical novels involve a certain amount of political intrigue. My fantasy often has some kind of religious content. A while back I appeared on a lot of religion panels at conventions. I would often end up defending Christianity, which really upsets some people. Those people took a serious dislike to me because of my beliefs, and that had some career repercussions. Oh well. This is still the land of the free and the home of the brave, at least for the time being. St. John Maximovich, Archbishop of Shanghai and San Francisco, once said, “Where there is no adversity, there is no victory.”

Just write. Tell your story. You are not responsible for how people choose to react. If you let fear control your voice, you’ll never say anything dangerous or exciting. Who wants to read safe, boring, middle-of-the-road writing?

You won’t. Write it down.

There is so much out there to know. Learning opens doors, and not just in terms of a college degree or a certificate or a license. Like most writers, I know a little about a lot of things. More than once, when I’ve met someone new, I’ve been able to find some common ground almost immediately thanks to knowing about food or music or folk art from their part of the world. And if I know nothing? I ask questions. I listen. I get excited, because I love to learn something new. Just the other day, at the local dollar store, I heard a man speaking a language I thought I recognized. Sure enough, he told me it was Arabic. When I mentioned how beautiful the Arabic script is, the man told me something I did not know. Arabic is read right to left. See? Always learning! 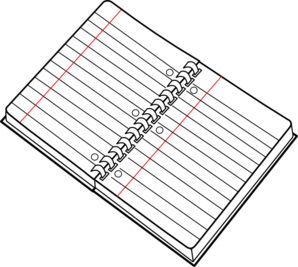 I lost my first baby. He’d just started kicking. I was so happy. Called my parents, called the in-laws, told them all about it. Three days later, I ruptured early and that led to a miscarriage. I stopped writing in my personal journal. There was no way I could write down what I was feeling. I could not live through it all again.

Two or three years later, something must have happened to break up the emotional log jam inside my mind. I began writing in my plain spiral notebook with my plain black ballpoint pen. Then I wrote a pirate romance novel for fun and escapism and maybe even profit. I got an agent, who sold that novel. And so Ship of Dreams came into the world.

Keep writing. Every day. Meet your time, fill your quota. It adds up, and you will become a better writer.

8 responses to “#atozblogchallenge D is for Don’t”