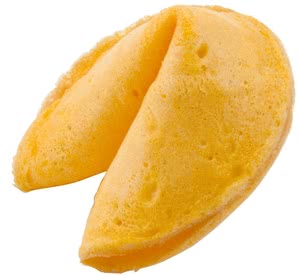 It’s all right to have butterflies in your stomach.

Just get them to fly in formation.

And now, a little something from the True Story Archives.

Way back when I was a freshman in high school, my English teacher liked the way I gave my presentations. He had a talk with the coach of the speech and debate team. When my sophomore year started, I joined the team. This proved to be one of the smartest and most beneficial decisions of my life.

Public speaking is the number one phobia for three out of four people. Worse than spiders, worse that going to the dentist, people live in fear of getting up in front of an audience for the purpose of giving a speech. I understand this. When I first started putting together expository speeches and practicing in front of my coach and teammates, the absolute terror of doing a bad job and being laughed at for it was crippling. Knowing that everybody else who was in training shared my fear didn’t make it any easier.

If there’s one thing I can do well, it’s talk. Thanks to my coach training me and my mother, who listened to me practice over and over and over again as I memorized the ten minute speeches I gave, I got past the anxiety in my determination to remember how to use cross-focus, the precise gestures, and the right variations in tone and pitch. Giving a speech is a performance. Maybe I wasn’t doing Shakespeare, but that’s only because I didn’t spend much time in the Dramatic Interpretation event. (I did break Varsity there, but after that I concentrated on my stronger events.)

In my first year of competing at speech tournaments, I went down in flames a number of times. The competition was better, more polished, smoother in their delivery. OK. I just had to work harder. What I also had to do was find my best event. That’s when I discovered Impromptu speaking.

At the junior varsity level, we had five minutes to prepare, then five minutes total for our speech. At varsity level, we had only two minutes to prep. Talk about a strain on the nerves! What we had to base our speeches on varied widely. Most often we were given slips of paper with three famous quotations. We chose one and built our speech around it. At some tournaments, we were given fortune cookies, paper bags that held some random object such as a calculator, or even plastic Easter eggs with the Surprise Topic inside. The event required mental agility, flexibility, a vast pool of random knowledge, and a mastery of the different presentation structures one could use.

The first time I competed in Impromptu, I think I had a full blown anxiety attack. There I was, about to receive my slip of paper with the three subjects on it. With sweaty palms and my heart pounding, I almost had an asthma attack. And then I saw the two words that told me I was home free:

As I’ve mentioned more than once, my grandfather helped build the set for the laboratory in the original Frankenstein movie with Boris Karloff. I’m a big fan of classic horror movies. The judge for this round was an older gentleman. When I started mentioning names such as Elsa Lanchester from Bride of Frankenstein and Lon Chaney from The Hunchback of Notre Dame, apparently I won the judge’s respect as well as his vote. His comments on the voting card I received after the tournament reflected his approval of someone my age (fifteen at the time), knowing those names.

Once I learned to get my butterflies flying in formation and overcame my fear of public speaking, I acquired a skill that has helped me in every aspect of my life.