Moments from the Women’s March

Joining the march. Stepping into the flow, holding my sign up high, seeing the people lining the route with their phones out, taking photos and making videos. Recording a piece of history. Thirty thousand people, according to the Santa Cruz Police Department.

A boy not more than ten years old marching ahead of me, holding up a cardboard sign that read, “I’d rather be home building LEGOs, but I have to build #TheResistance.” 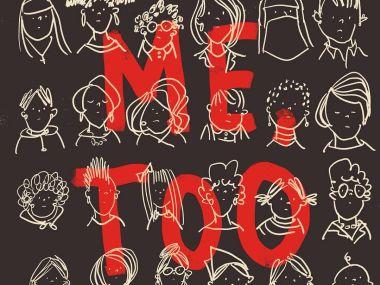 Two older women carried a banner with #MeToo on it. As we passed by, the two women offered people Sharpies so they could sign the banner. Only recently did I realize that I had faced sexual harassment several times in the workplace. I signed that banner! 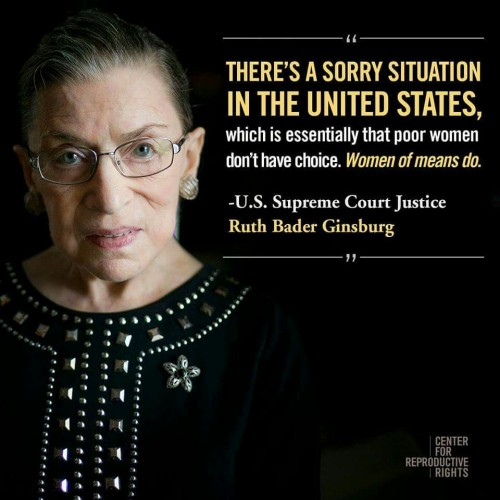 A man carried a large piece of cardboard. On it had been painted the figure of a judge, complete with white wig and holding the Scales. The empty oval where the face should be allowed anyone to stand behind the cardboard and have a photo taken, proclaiming her or him “A Future Supreme Court Justice.” How cool is that?

Chanting “Hey, hey! Oh no! Donald Trump has got to GO!” 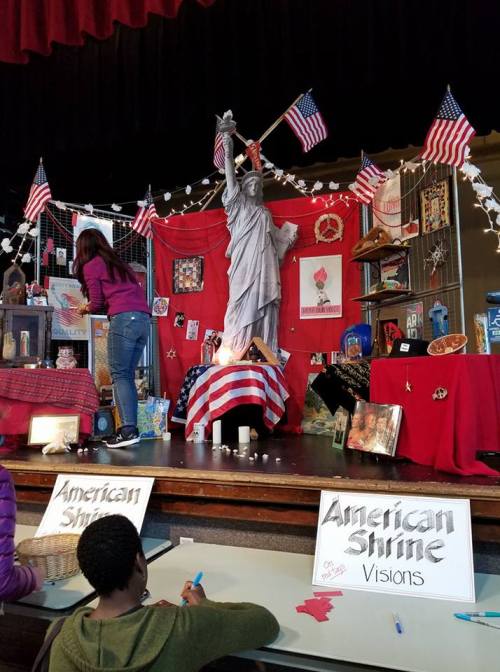 Our destination was the Louden Nelson Community Center. Inside on the stage stood the American Shrine. You can see from the photo that it was just breathtaking.

Later, as I walked a few blocks back  to where I’d parked my car, drivers saw my sign. Horns honked and I saw some thumbs-up as people applauded equal rights for people with special needs.

On my way home, I stopped at Peet’s for a Green Tea Mojito, one of the few guilty pleasures I can get away with on my weight loss program. I had my Women’s March T shirt on, which got me into conversations with at least three people.

My favorite barista was on duty. She wanted to see my sign, so I got it out of the trunk and brought it inside to show her. She said she didn’t know many people with special needs, so equal rights for them wasn’t something she’d thought about. She was glad to see the sign and know about the issue. Accessibility and health care are SO important these days, now more than ever.

I need more exercise. Thanks to the Women’s March 2018, I exercised my constitutional rights to freedom of speech and freedom of assembly. When it’s time for the elections this year, I will once again make my voice heard by voting.

6 responses to “Moments from the Women’s March”