M is for Money

Here in the U.S. today is the deadline for turning in our income tax forms.  Money is a subject very much on most people’s minds.  This can be stressful.  To honor the occasion, here are some highlights from my travels when money was the crucial element.

One Halloween my friend Don suggested we go see the Rocky Horror Picture Show.  The theater was in Newport Beach, CA, about twenty minutes from my house, where all the rich people lived down by the water.  This may not sound like I traveled far at all, but I assure you, this was a walk on the wild side into terra incognita.  I’d never seen the Rocky Horror Picture Show.  I’d heard about it, of course, as all teenagers had in my high school days.

Don said if we showed up in costume, we’d get in for free.  I went as a voodoo priestess and Don dressed up as a zombie.  Zombies weren’t all the rage in those days, so this costume was pretty bizarre.  When we got to the box office, we discovered costumes made no difference to the ticket price.  Neither of us had any cash on us, and we were too old to go trick-or-treating, so our night was about to go down in flames.

A woman sitting inside the lobby stood up, walked over to us, and slapped a ten dollar bill down on the counter.  “You’re in,” she said.  We thanked her up one side and down the other, then hurried in to find seats just as the house lights went down.  The forbidden fruit was all mine, thanks to that generous stranger.

On the night Pat and I arrived in Kyoto, we were both hungry and exhausted.  The bus from the Osaka Airport delivered us to the Kyoto Station.  It’s one of the five most expensive buildings in the world.  As a transportation hub and a shopping complex, it’s practically a city unto itself.  We found a store that sold take-out food.  Pat trusted me to identify what was in the deli-style racks and cold cases.  I picked out some attractive items and got into the checkout line.  When the cashier told me the total, I could manage the paper money, but the coins defeated me.  There were tired commuters queuing up behind me, so I held out a handful of change with a sheepish, “Tasukete, kudasai,” which is the formal polite way of saying, “HELP!”

The next and larger problem was the way Japanese do not handle money directly.  When you buy something, the cashier puts a little tray down in front of you and you put the money on that.  The cashier then picks up the tray and puts the money into the cash drawer.  I don’t know if this is a Shinto thing or what.  This particular cashier took pity on me and everybody in line behind me.  She picked out the right coins, gave me my receipt, and sent me on my way.

In an earlier post I mentioned the weekend bus tour I took to Paris while I spent that summer in the Netherlands. The people on the bus with me were mainly retired folks or middle-aged teachers. I was always the last person to get on the bus because I sat in the tour guide seat right up front beside the driver. This put me in the perfect position to lend a hand when some of the older members of the tour needed help with that first step up into the bus.  Since I was on my own, I brought out the parental instinct in everybody.

What does all this have to do with money?

Just before our tour of the Louvre, our bus driver collected everybody’s twelve francs entry fee.  Then our French tour guide showed up.  Slim, glamorous, pushy, and condescending, she took one look at me and we both knew we’d never be friends.  She demanded the entry fee from me.  I told her I’d already paid.  She got very patient in a way that clearly implied I was trying to weasel out of paying my fair share.  The Dutch ladies came to my rescue.  One of them said to me, “You are my daughter.  You are seventeen years old.”  I had no idea what was up with that.  I started to explain that I was actually eighteen.  She shook her head and spoke in the voice of a career teacher, saying, “If you are under eighteen you do not pay.  Come with us.”  She and the other ladies formed up around me and marched me past the tour guide, giving her looks that should have set her false eyelashes on fire! 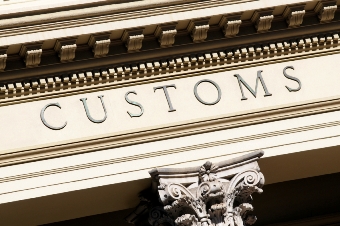 On my way back into the country from the Netherlands, my flight had to land in Seattle as its first point of entry.  We all had to go through Customs.  That was simple enough, but then we sat there in the airport lounge wondering what was holding up our departure to Los Angeles.  My name was called over the public address system.  Just my first name.  That was strange.  I presented myself at the appropriate desk.  A Customs official took me to an office where another teenage girl from my flight was looking seriously freaked out. Her eyes were red and her makeup all smeared from crying.  She begged me to help her.  I was the only person on the plane she’d talked to, so mine was the only name she knew to call for help.  She’d made some mistake filling out her Customs forms.   They wanted her to pay them twenty dollars or they wouldn’t let her continue on into the country.  I had the money on me, thank God, so the officials were satisfied and we all got to fly on to LAX.  The poor girl couldn’t stop thanking me and apologizing. When we got off the plane, I was quite relieved to see her mother there to meet her.  (My boyfriend was waiting for me, but that’s another story.)

That unknown lady stepped up and paid my way into the movies.  Those Dutch ladies stepped up and protected me when I needed help.  I’m glad I had a chance to pass on the kindness and help that girl get home safe and sound. 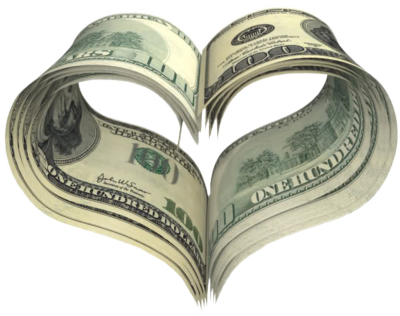 9 responses to “M is for Money”