F is for Folk Art 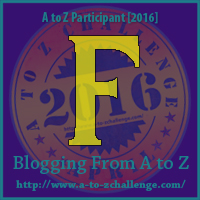 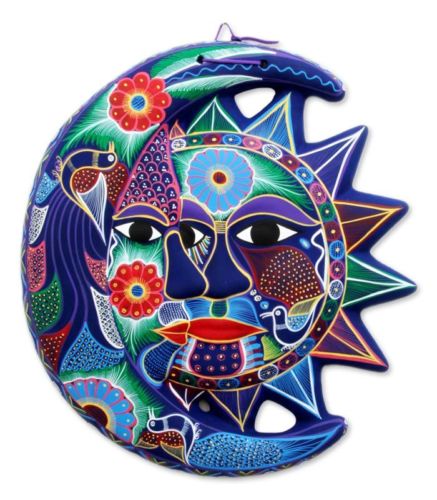 One of the aspects of traveling in Mexico I really enjoy is the vibrant color to be found in the clothing, the flowers, and especially in the art.  I’m a big fan of El Dia de Los Muertos, the Day of the Dead.  The folk art and pop art imagery that has arisen from the traditional El Dia De Los Muertos decorations, sugar skulls, etc. is, if you’ll pardon the expression, positively alive with color! 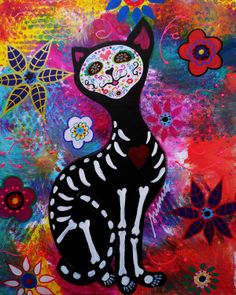 I passed through Belgium on my way from the Netherlands to France.  That took me through the northern part of the country.  Belgium is lovely, and in the summer it’s quite sunny and green.  Most of the tourism in Belgium happens in the south, so I myself was something of an oddity as a lone American teenager riding along with a bus tour of Dutch folks!  You know how much I love history, so here are some fascinating facts about Belgian folk art and handicrafts. 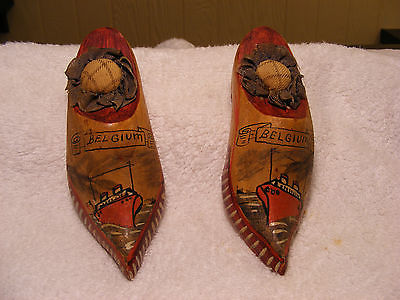 From Countries and Their Cultures:

Wooden shoes called sabots (Walloon) or klompen (Flemish) were traditional footwear for men, women, and children. Like the people of Belgium, they wore these shoes outdoors; they were left by the door when entering the house. Some immigrants brought the knowledge and the tools for making wooden shoes with them from Belgium. Belgian Americans who could afford them wore wooden shoes decorated with carvings of leaves and flowers. Children sometimes used their wooden shoes as skates or sleds. The early immigrants were usually clothed in homespun cloth and caps. Belgian lace, the fine handwork which originated in sixteenth-century Flanders, was often used to trim religious vestments, altar cloths, handkerchiefs, table cloths, napkins, and bed linens. This fine art was practiced by Belgian immigrants in every area of settlement in the United States. When celebrating the Kermiss, which is a Belgian harvest festival, the organizers of the Kermiss wore red, white, and blue sashes while leading the people of the community in a procession to the church to give thanks.

Pennsylvania Dutch folk art is often referred to as “hex signs.”  People who live on working farms have a lot to be worried about, from crop failure to cattle disease to the illnesses that plague human beings.  It’s no wonder these good luck charms and protective symbols came into being.  Painting one’s barn led naturally to decorating it as well.  There is some controversy about whether or not these hex signs have any actual talismanic power.

My mother-in-law lives in New Jersey.  At one time she was right across the Delaware from Bucks County, Pennsylvania.  On one of our visits to her, my husband and I bought this particular hex sign: 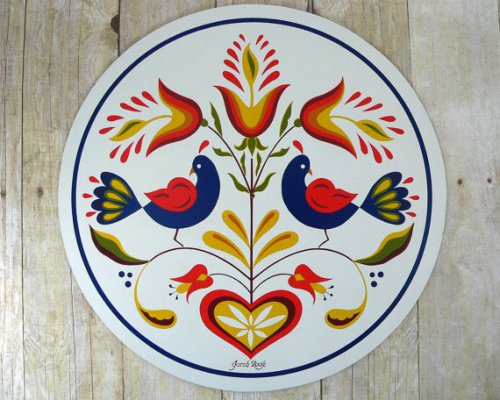 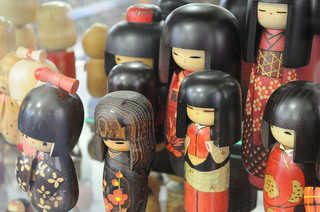 Kokeshi dolls are everywhere in Japan.  On the Sannen-zaka, the outdoor shopping mall that leads to Kiyomizudera, there were several shops that sold kokeshi dolls.  The variety is staggering!  I was so amazed by all the sizes and the designs I could not decide on a favorite.  I had much the same dilemma when looking over all the maneki neko, or good luck cats, available.  (Upon reflection I do wish I’d bought the good luck cat lying there on its back as if asking for a tummy rub!)

The history of kokeshi dolls

8 responses to “F is for Folk Art”