There were a few moments during the trip that stand out as particularly memorable. 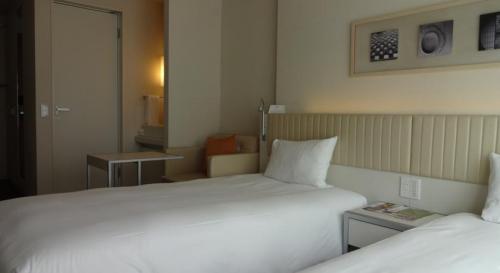 Turning on the lights in our hotel room.  There was no main switch just inside the door.  We did find the switch for the bathroom (located on the wall outside the bathroom, which is just asking for pranks and accidents).  There were small reading lights at the head of each bed, along with a table lamp and a floor lamp.  How did we turn them on?  There was a slot on the wall in the entryway similar to a credit card reader, only this was vertical.  I put my room key in the slot, then pulled it out again.  Voila!  Light!

We went through this twice more, trying to figure this out with brains that had long since turned to cottage cheese.  I called down to the desk for help and told them the lights wouldn’t stay on.  They sent a man from Maintenance, who had me show him what I’d been doing.  I had the process half-right.  To keep the lights on, one leaves the key in the slot.  So every time Pat and I left the room on an outing, we’d check to see who had a key in hand and who had put hers in the light “switch.”  This resulted in dialogue that would have done Abbot and Costello proud! 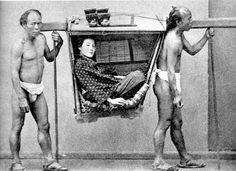 The taxi drivers.  I love Japanese taxis.  The lace antimacassars on the seats, the white gloves, the automatic passenger door….  Sometimes the drivers were quite formal, and that’s fine.  Other times we’d get a driver who was happy to have a chance to practice his English, or maybe he just thought Pat and I were entertaining.  (Can’t imagine why anybody would think that!

One driver said, “English is just three words.  I love you.  I miss you.”  My cynical sense of humor kicked in and I told him, “You’re missing one. ‘I want money.'”  Fortunately, we were at a stoplight right then.  The driver burst out laughing.  He mimed writing something down, saying, “I must take notes.”  That made us all start laughing again.

On our way back to the hotel from Kiyomizu-dera, we had a driver who wanted to be friendly, but as is often the case, he was nervous about speaking English.  He had the radio on, playing classic rock.  That was a welcome glimpse of home.  Once I said, “American rock ‘n’ roll!” that broke the ice.  By then Pat was speaking enough Japanese to get into the conversation as well.  The driver revealed his secret stash of chocolates and gave each of us one.  Music and chocolate are the perfect ways to go from strangers to friends. 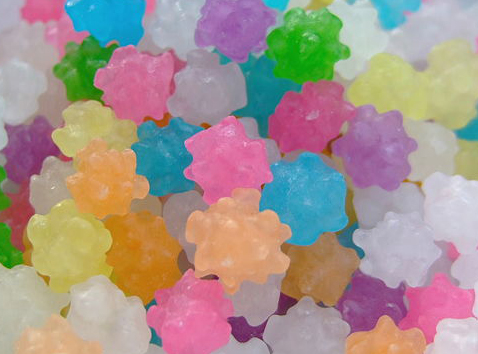 At the smaller gift shop inside the grounds of the Imperial Palace, Pat and I got into conversation with Yuki, the lady behind the counter.  She was surprised by how much polite Japanese we could both manage.  When we explained our purpose in Kyoto as doing research for our writing, she thought that was quite exciting.  Before we left, she brought out two little packets of those sugar star candies like the ones Chihiro feeds to the dust sprites in Spirited Away.  She insisted on giving them to us.  That was a lovely surprise! 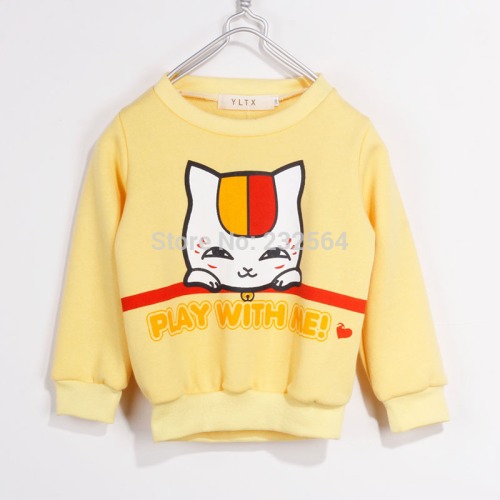 The weather was so mild at the start of our stay I didn’t need my jacket day or night.  As the end of October closed in, the nights got colder.  In Kyoto Station one night, everybody else had begun to bundle up and there I was.  As I came up to the escalator going down, I made way for the older lady ahead of me with a polite, “Dozo.”  It was a long escalator.  The lady turned around and said, “Are you cold?”  Her tone of voice was like my mother’s just before she’d tell me to put on a sweater.  This came out of the blue, so I was glad to be able to answer in English.  “Outside, yes.  Inside, no.”  The lady nodded and faced front again.  As we neared the bottom, she turned and wished me a good trip.  The whole thing was rather endearing. 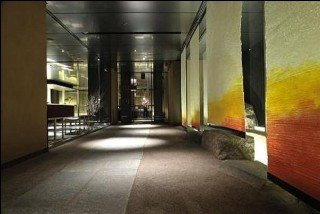 The ladies at the front desk.  Thanks to my endless questions, Miss Nakanishi and Miss Kinjo knew our daily itinerary almost as well as we did.  When Pat and I came back from that day’s adventures, they’d greet us and ask specific questions about that day’s activities.  I think my boundless enthusiasm for all things Japanese plus my grasp of Japanese history and culture resulted in answers different from the ones a more typical American tourist might give.  Over and over again, Japanese people would ask me, “How do you know about that?” 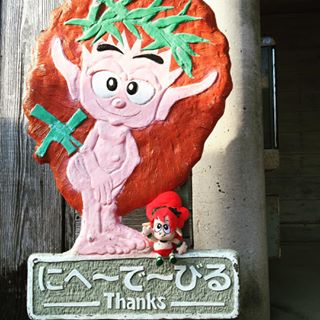 Miss Kinjo is from Okinawa.  That gave me a perfect opportunity to ask her about the kijimuna, the “little people” of Okinawa.  They’re on the large side for little people, being about as tall as a seven year old child.  Flaming red hair makes them unique among Japanese folkloric creatures.  All they wear is a garment like a fundoshi made out of leaves.  Kijimuna are tricksters.  They can be helpful when they want to be, and you’d better not offend them.  Miss Kinjo said her grandmother had told her stories about what the kijimuna had done when her grandmother was a little girl.

With Halloween right around the corner, I was curious to see how Japan handled that holiday.  I saw decorations and party goods and some costume supplies.  The Japanese kids don’t go trick-or-treating the way we do in America.  The idea of dressing up as monsters to go door to door demanding candy under threat of “tricks” might strike the Shinto mind as the basis for a Takashi Miike movie! 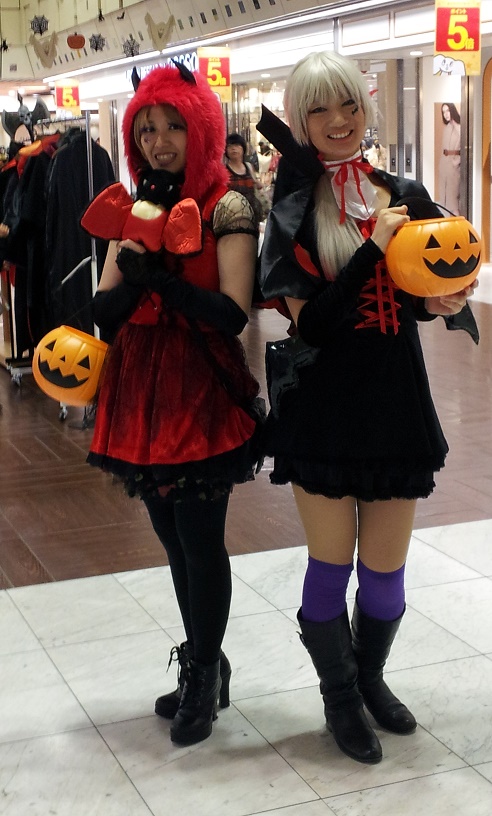