Have you ever noticed how often people ask questions that they really do not want the answers to?  A more accurate phrasing of that thought might be, “Have you ever noticed how often people ask questions, and when they don’t get the responses they want, they get all upset?”  Why do people do this to themselves?  The majority of people are not telepathic.  They cannot tell what kind of answer the inquirer really wants.  It gets worse when the question itself has little or nothing to do with the response desired.  Clear and direct communication is the best solution, but that can be terrifying for all kinds of reasons.

Why am I thinking about this right now?  During my wild weekend at Convolution, I acted as moderator for one section of the writer’s workshop.  I have not volunteered for a writer’s workshop in what must be at least fifteen years.  The reason?  There was a time when I was happy to volunteer.  I was all for lending a hand to the hopefuls who were in the same position where I had once been.  I regret to say my enthusiasm became dulled by the unfortunate realization that only once in a while did I meet a hopeful who knew enough about writing already to accept the comments professionals could provide and put those comments to good use.  I’m not saying the hopefuls are supposed to do exactly what I and my fellow professional volunteers suggest.  I am saying that some people have not brought their writing to the point where a professional critique is going to do them any real good.  The hopefuls may A) not understand the comments, B) not know how to apply the comments, and/or C) reject the comments and cling to their mistakes (genuine, no-contest grammar errors, info dumps, etc.).  After awhile I decided I’d much rather spend the three hours a workshop section takes up doing something else.  I could be participating on panels, networking in the Green Room, attending panels of interest, or even just taking a nap in my hotel room.

So why do people pay good money to participate in a writer’s workshop when they are not going to take the best advantage of the professional critiques they will receive?  It’s never pleasant to find out your story has problems, no matter how gently the information is phrased or what kind of positive spin is put on it.  The fact is, your story is not working.  That means you have to fix it, which means you have to give up something you thought was a good idea.  Maybe several such somethings.  Better to find out sooner than later, right?  Better to have a professional say, “That will make this really hard to market,” or “I guessed the ending on Page Three.”  Wouldn’t you want the problem pointed out so you have a chance to fix it before an editor sees it and rejects it for that very reason?  It’s better to endure the small pain that accompanies a critique than the larger pain that comes from a rejection slip.

I once heard a workshop hopeful say, “I prefer descriptive critiques.  I don’t like prescriptive critiques.”  When you pay your money to participate in a writer’s workshop at a convention, you don’t know who your three professionals will be until you are assigned to a particular section and the manuscripts are handed out.  You do not have the luxury of telling the professional volunteers how you want them to critique your manuscript.  You have to take it on faith that professionals willing to donate their time and expertise to a writer’s workshop want to be helpful and supportive.  A professional who volunteers just for the thrill of tearing apart manuscripts doesn’t belong there.  Any qualified workshop coordinator will stop such a person at the door.

One would think that an attitude of polite, attentive respect would be de rigeur for both the hopefuls and the professionals.  Cons can be stressful, so I keep before me the awareness of any anxious, awkward, self-conscious behavior on the part of the hopefuls.  Can you imagine sitting down with a professional writer whose work you really admire and hearing that person’s opinion of your own work?  (I remember the day I first met Terry Pratchett.  Afterward I told my husband, “I can’t feel my feet.”  He laughed and told me to breathe.)  I like being moderator because that position enables me to call for a break or make a supportive comment or do whatever is appropriate to ease the tension.  Ten years in retail burned into me the commitment to make sure I give people value for money.  A writer’s workshop experience goes far beyond that.  What a hopeful hears can validate or damage that person’s self-image as a writer.

By the same token, hopefuls would do well to make the most of the opportunity.  I’ve seen people do some odd things in workshops.  Once upon a time, it was what the hopeful did not do that puzzled me.  She didn’t take any notes.  None.  Granted, the other five of us would be handing her our copies of her manuscript along with the one page of comments the workshop required.  Anybody who’s been in a critique group knows the synergy of comments and ideas will result in new directions for various elements of the story.  Perhaps that particular hopeful learns best through the auditory method.  On the other hand, what is one of the most important rules of writing?

Never trust yourself to remember that great idea later.  You won’t.

So I could not for the life of me understand why this hopeful didn’t have sense enough to write things down.  As the three hours progressed, I began to see signs of the most self-defeating behavior any hopeful could bring to a writer’s workshop.  She wasn’t really listening.  She was already into multiple drafts of her story and had become attached to what she’d created.  I suspect she was looking for validation.  It must have come as an unpleasant surprise to her when she didn’t receive much of that.  I could be wrong.  I’m not telepathic either.  Still, I do have to mention that as a professional volunteer, when I saw that she wasn’t taking any notes at all, that left me with a somewhat unfavorable impression.  I’m saying this because I want to help future hopefuls realize that workshops are a great place to make professional connections.  They are also a great place to alienate the very people who can help you make those connections.

It all boils down to this.  Don’t ask the question if you don’t want the answer.  Don’t waste your money and our time if you do not want to receive comments from professional writers in a convention workshop setting.  Participation is limited.  The seat you occupy might have gone to somebody who really would make the most of the opportunity. 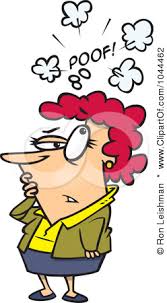 Romance Film & Screenplay Festival - Submit your romance genre screenplay or short film and get it showcased at the FEEDBACK Film Festival
%d bloggers like this: