When the Story Shapes Itself

My NanoWriMo prep is well underway.  The plot outline is rough, but I wrote one.  I have my list of major and minor characters.  Today I brainstormed all the probable settings where significant action would occur.  That’s when it hit me.

I have to get Tendo and Yuriko all the way from the Ryukyu Islands off the southwest coast of Kyushu, the southernmost island of the Japanese archipelago, across Shikoku, and on to Honshu, the main island where Kyoto is located.  How much of the trip do they make by land?  How much do they make by water?  How many horses will the party need?  Will they take ferries, boats, or ships?

I have to figure all of that out before Nov. 1.  Welcome to writing historical fiction. 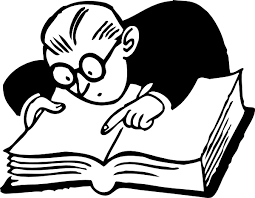 This does bring me a certain amount of relief, because I now know what Tendo and Yuriko are going to be doing for the first several chapters of the book.  Oh sure, I could just open in Kyoto with Tendo in his new position as a member of the Imperial diplomatic corps.  Trouble is, I’d still need to fill in the gap regarding how things went while he worked at the Satsuma Embassy on the Ryukyus, and that would be told in flashback.  BO-RING.  I think it would be much better to show the still newly married Tendo and Yuriko having to cope with yet another drastic change to their lives.  How are they dealing with married life?  Neither of them has had a serious relationship before this, and now all of a sudden they’re married and yet still on the run from their enemies.

I’ve decided to give Tendo and Yuriko one of the minor but important characters from the first book.  They will be taking Matamori along with them to Kyoto.  I don’t want to get into the entire plot of Sword Master, Flower Maiden right now, so let me just say Matamori is the Captain of the Guard for Kobayashi, the samurai lord whom Tendo’s father serves.  Kobayashi is the one ally strong enough to really protect Tendo and Yuriko from the evil schemes of Nakazawa, the bad guy.  Kobayashi wouldn’t send Matamori with Tendo and Yuriko if he didn’t believe their very lives were in danger.  I did not make this decision consciously.  Once I understood the length and difficulty of the trip to Kyoto, I knew I had to dramatize it.  Matamori showed up in my mind’s eye, riding along beside Tendo on horseback.

The story is already showing me how it needs to be told.

The trip to Kyoto will put Tendo and Yuriko under pressure.  This is a big promotion for Tendo, so he has to live up to it.  First he has to reach Kyoto alive.  Yuriko is still making the adjustment from first rate courtesan-in-training to the proper wife of a samurai civil servant.  Yes, they love each other with all their hearts, but will that be enough to keep them together?  A road trip of any sort means obstacles, delays, goods inns, bad inns, potential ambush, and several long boring hours just getting from one place to another.  This is the great part about mixing both travel by land and travel by water.  I wonder if Tendo gets seasick?  That would be embarrassing.

So much to research.  So much to discover.  A whole new adventure about to begin!

3 responses to “When the Story Shapes Itself”