Oh wow.  Today was everything I was afraid it would be and more.

Got the boys off to school.  Sat down for a breather, had a cat promptly occupy my lap, and I dozed off.  Next thing I knew, my sister was calling me.  Instant fight or flight panic as I realized the Hour had come and I was still in my jammies.  I roared upstairs and hurled myself into my clothing, got my shoes on, got my hair out of my face, and grabbed my purse and my tote bag (my mobile office).  What I did NOT do was take my morning medication.  I simply forgot.  This is not the emergency it might sound, but it’s certainly not a good thing.

My sister was already in the back seat when I got out to Mom’s car even though I had offered to let her have shotgun.  I thought that might have some helpful effect on her car sickness.  Nope.  She’d rather sit in the back by herself than ride up front with Mom.  See, Mom has this habit of jabbing her passenger in the ribs with her elbow when she’s shifting gear.  I bruise like a grape and my left arm was already in pain thanks to that flu shot.  I could be paranoid and suspect my sister of dark motives, but it’s far more likely that this was just a case of every woman for herself.  We’d just strapped ourselves into Mr. Toad’s Wild Ride, so all we could do was cross our fingers and pray.

I grabbed some breakfast on the road and to my amazement got to eat in in peace, as none of us were talking.  It couldn’t last, and it didn’t.  There was a brush fire on southbound Hwy 17 that had backed up traffic so thoroughly that the support teams for the first emergency vehicles were having a hell of a time making it all the way to the actual site of the fire.  I’m willing to bet the fire started because somebody pitched a cigarette butt out the window.  I wish that was a flogging offense!  The air was bad, between the smoke and the exhaust fumes.  Good thing I’ve been diligent about my maintenance inhaler.

We reached our first destination, my therapist, successfully.  Mom and my sister elected to just wait in the parking lot until I was done.  That was good for another anxiety attack.  The two of them alone in a small car with nothing to do but ignore each other for a solid hour?  I anticipated icy silence, and that would have been the happy option.  When I came out, the car was still there, all the windows were intact, and no emergency vehicles were present.  Amazing.

And there, ladies and gentlemen, my luck ended.

Off we went, with Mom promptly freaking out over whether or not she was in the correct lane for the freeway she wanted.  We managed that without collateral pile-ups.  She was positive it would take us an hour to get from where we were to the actual Departures point at the airport.  This was nonsense, but then again, Mom tends to operate in a Time Vortex all her own.  The last time she took my sister to the airport, my sister ended up being three hours early.  Today I had suggested a brief side trip to Barnes & Noble so I could grab the latest Jack Reacher novel with what was left on a Christmas gift card.  This was met with polite but pointed silence from both the front seat and the back.  When I find myself in circumstances of extreme stress, bookstores are my Happy Place.  No Happy Place for me today. 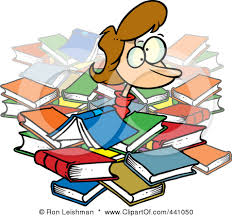 We delivered my sister to her airline’s Departure desk well within the check-in window.  That’s the good news.  Now for the bad news.  There I was, alone in the car with Mom, and we now had to turn around and go south over Hwy 17 knowing the brush fire back up was very likely still clogging the major artery of traffic through the Santa Cruz Mountains.  Mom just had a lot of expensive transmission work done on her car.  I have a bad feeling that today’s ride put a real dent in that maintenance.  This is how we spent a good twenty minutes:

It’s not easy to get whiplash when you’re traveling at less than a mile an hour, but I tell you, more than once I was sure I’d slipped a disk.  That’s a backhanded compliment to Mom’s driving skills, given that I have a titanium brace screwed to some of my cervical vertebrae.

As if all this wasn’t enough fun, my mother’s new cell phone went off.  It sat a few inches in front of me in a niche in the dashboard.  Damn thing went off like a klaxon, and it was the same color too!  Mom ignored it.  I don’t know why.  It’s not like we were going to get ticketed for being on the phone while driving.  Five minutes later it rang again, making me jump in my seat at a really bad moment.  Mom checked it and put it back.  Then it rang AGAIN!  It was my sister, calling from the airport.  Oh no.  That spelled disaster.

Turns out my sister was worried that John’s aide wouldn’t remember to pick him up at noon since the school is on half days for Finals Week.  I was already so stressed out that sent me over the edge.  I couldn’t reach John’s aide because of course she was on the road right then driving John home.  So I freaked out and Mom freaked out and the damn traffic wouldn’t clear up and my lungs hurt and I really really REALLY wanted out of that car!

When we finally rolled up to my house, everything was fine.  Michael was home with his nurse, John was home with his aide, and there had been NO reason for the hysteria.  I staggered upstairs, dropped my bags, and promptly fell into the Nap Zone.

Yesterday I did not need to be a psychic to know today would be a little slice of hell.  Was I right or was I right?