A standard medieval allegory of Foolishness, painted by Giotto. This depiction resembles the Fool in the earliest surviving painted decks. (Photo credit: Wikipedia)

If my life has taught me anything, it has taught me that I am a fool.  The older I get, the more convinced of this I become. After all, the evidence just keeps piling up.  It’s amazing how bone-deep that foolishness can run.  When I think back over the many different ways my foolishness has manifested itself, some really stunning examples stand out:

I have insomnia, so I exist in a perpetual state of sleep deprivation.  That goes a long way toward explaining the bizarre things that can happen to me first thing in the morning.  A minor example is the day I put the box of cereal in the refrigerator and tried to put the orange juice inside the kitchen cupboard.  Took me a minute to figure out why that one wasn’t working.  Fortunately, I did not think of lying the orange juice on its side and shoving it to the back of the cupboard shelf.

One day my son John was about to go out for the afternoon with his aide, a nice young man of Spanish descent named Dario.  I was running around doing too much at once, my feet and my mouth moving too fast for my brain to keep up.  That resulted in me handing John the money for gas and incidentals and then leaning over to kiss Dario goodbye.  Perspective kicked in just before I crossed the line concerning Dario’s personal space.  We both shied back with a yelp.  I realized my mistake and apologized profusely.  By then Dario had been working for us long enough to know what a goofball I can be, so he cheerfully laughed it off. 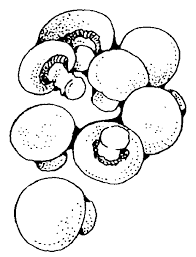 Early in my marriage my rocket scientist husband decided to take advantage of my trusting nature.  We were shopping for groceries, and this particular incident happened in the produce section.  I was picking out items I needed for a particular recipe, concentrating on the list of ingredients I had with me.  Suddenly Chris called out, “Put down those mushrooms! They’re covered with fungus!”  I let out a yelp and dropped the one I was holding.  Only then did the truth hit me, accompanied by Chris laughing himself silly.  He’s pulled that kind of thing on me more than a few times over the years, so I’ve learned to watch out for what I call his “Mr. Wizard” voice.

For someone as observant as I’ve trained myself to be, it’s amazing how often my Inner Fool ambushes me when I’m simply not paying enough attention.  One day I was out running errands with my family and we stopped for lunch.  I needed to wash my hands, so I walked into the restroom and stood at the sink doing exactly that.  It didn’t occur to me to lock the door because all I was doing was washing up.  The door opened and I came face to face with a very shocked man.  I had a moment’s total confusion about why he’d opened the ladies’ room door.  Right then I glanced in the mirror and saw the row of urinals stretching along the wall behind me.  Oh dear.

Once in a while one of the worst symptoms of my Inner Foolishness will manifest itself in terms of me concocting some elaborate plan.  This symptom usually comes out in one of two forms.  Either I have reason to create a payback scheme against somebody who has given me grief so intense it brings out my misguided Machiavellian urges, or I get caught up in somebody else’s drama and allow myself to be carried along in the wake of their personal upheaval.

My most memorable Machiavellian moment occurred back in the days when I was still working at the Northern Renaissance Faire.  I had discovered a woman whom I believed to be my friend had in fact been conducting a campaign of deceit and character assassination behind my back.  What she did not take into account was all the conversations we’d had that involved the exchange of personal hopes, dreams, likes, and dislikes.  In trying so hard to pretend she was my friend, she had given me all the ammunition I needed to expose her vital emotional organs to the mockery of the entire Faire community.  I got quite carried away with plotting her total destruction.  Then it occurred to me that the more complicated a plan is, the greater the possibility of something going wrong.  Or, in the words of that famous quotation, “If you go seeking revenge, you’d better dig two graves.”  Thank God I had an attack of sense and realized what a colossal waste of time and energy this plot would be.  I just knew I’d end up taking some collateral damage right in the teeth and failing to achieve to glorious vengeance that never does seem to work out right.

It’s a great relief to realize your own foolishness.  It frees you from the burden of maintaining a facade of sophistication and worldly know-how.  If you embrace your Inner Fool, expectations fall away, agendas crumble, and you’re free to just roll on through life without the constant fear of looking stupid.  You know that sooner or later you will, and that confidence brings with it a certain relaxation envied by the people who are still ruled by their need to look cool. 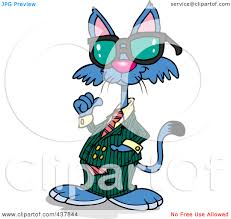