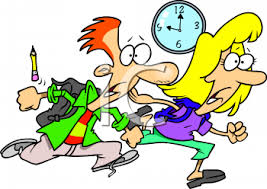 Life at my house is governed by routines.  Michael’s medication schedule.  How much time we allow John to play videogames, and which chores have to be done first.  Michael’s appointments and blood tests or x-rays.  John’s daily aide schedule, which has a significant impact on his daily routine and how well that structure is maintained.  Consistency might be the hobgoblin of small minds, but when you’re dealing with a medically fragile teenager and an autistic teenager, consistency is absolutely essential.

This is why I welcome the beginning of the new school year.  Sure, summer is full of happy chaos, but I prefer the predictable routines of autumn.  When I was a kid I liked the whole back-to-school season because it meant new clothes and new school supplies.  (Truth be told, I hated trying on clothes in the public dressing rooms.  Same with changing into my gym uniform for P.E.)  Even then I took great pleasure in the sheer potential of the new school year with its fresh pencils and blank notepaper. 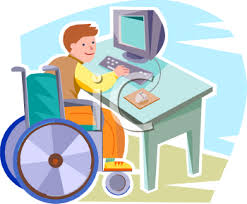 This year things are different.  Michael will be a senior.  He’ll graduate from high school.  In April he’ll turn eighteen, which will make him legally an adult.  That means there’s a whole new world of paperwork waiting for me and Chris because we have to become Michael’s conservators.  We can’t be just his parents anymore.  The types of services Michael receives will begin to change as the system starts Michael’s transition into the program for the eighteen to twenty-two year old special needs people.  I don’t know what happens once he hits twenty-two, and I don’t even want to think about it right now.  I have enough to deal with emotionally.

Then there’s John.  He’s starting the four years that will include so many critical decisions.  Decisions he will make, and he will do so on levels that are not obvious or available to any of us.  Today I asked him for permission to ask him a question about a subject that I will not specify here.  It’s very personal.  He agreed.  I asked the question, he answered me, and now I know at least part of what’s been going on in his mind lately.  I’m happy to say the answer was reassuring.  All the various junior highs in our area feed into this one high school, so John will have a much wider pool of social contacts.  There will be some familiar faces, but there will also be a lot of strangers.  How will my boy handle this?

And then there’s the small matter of my own self-image.  Both of my little boys are now in high school.  Where does that put me on my personal timeline?  For me there will never be an Empty Nest Syndrome, not in the classic sense.  As my sons grow more and more independent, as their lives broaden to include more people, more activities, more experiences, I can step back a little more.  I will have more independence too.  I will need to think about how to structure my time.

“[T]hat old September feeling, left over from school days, of summer passing, vacation nearly done, obligations gathering, books and football in the air … Another fall, another turned page: there was something of jubilee in that annual autumnal beginning, as if last year’s mistakes had been wiped clean by summer.”
― Wallace Stegner, Angle of Repose

2 responses to “Back to School”