Five Gifts My Father Gave Me 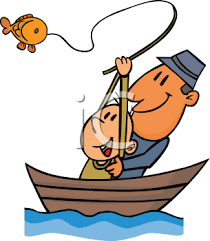 As you know, I’ve written about my father in a previous post.  My father wasn’t all that comfortable with expressing emotions.  He tended to let money do the talking.  That meant I got a lot of presents.  Was I spoiled?  Probably.  My brother and sister would say so, but they might be biased.  I’m the only child of my mother’s second marriage, which makes me my father’s only child.  That was no easy honor, especially when I think everybody (including me) would have been happier if I’d been born male.

My father taught me the importance of taking pride in your work.  When I was in elementary school, I could say with pride that my Daddy could fix anything.  He’d been an aeronautical engineer in the Navy.  If it was a mechanical problem, be it a toaster or a lawn mower or the engine in a car, he could fix it.  He was patient, he was thorough, and he brought a lot of experience to the task.  Now that’s what I call a role model.

My father had a bad temper.  I’m not exactly a mellow person myself.  I learned to use anger as my first line of defense as well as a fallback position.  This is not healthy.  Daddy was living proof of that.  I think the stress his temper put on his heart and lungs contributed to the breakdown of his health.  Now that I am old enough to understand that anger is a choice, I have learned to make other choices, healthier choices that do not damage my relationships with the people around me.  This understanding is a gift from my father because it was through observing the damage his anger did to him that I made the important realization about choice.

My father loved me.  He taught me to fish and shoot pool and play poker.  We went horseback riding.  He taught me to go bowling so well that I was allowed to join his team in the company league.  Daddy bought me my own custom-fitted bowling ball and had a shirt made for me with my name embroidered on it.  My father was proud of me, all the trophies I won on the Speech and Debate Team and the few As I got on math tests and the goofy prizes I won in costume contests and pumpkin-carving contests and other kid stuff.  Daddy had his problems, and I wasn’t exactly a joy as a teenager, but the one thing we were both sure of was that he loved me.

My father showed me that people can change.  He was an alcoholic who remained sober for nineteen years before he died.  In the world of recovery, that’s a staggering achievement.  My father acted as a sponsor for other people who wanted to make the hard journey to sobriety.  Daddy even became a volunteer literacy tutor.  This angry man who was absent for so much of my early childhood because he was out drinking his paycheck got ahold of himself and did all the hard work it took to become a different person.  Again, this is what I call a role model.

My father has given me, through the wonders of genetics, my son John who looks just like him.  John loves to go bowling, he likes to shoot pool, he has a good time playing pinball.  I’m sure if I ever took him fishing he’d probably have a good time doing that.  He’s not that fond of card games, so I don’t know if poker will ever be an option.  Maybe I can get him to play Spider Solitaire on the laptop.  My father’s mother, brother, and sisters have seen John, and they know that the best of Daddy lives on inside him.

Happy Father’s Day, Daddy.  I love you, and I always will.